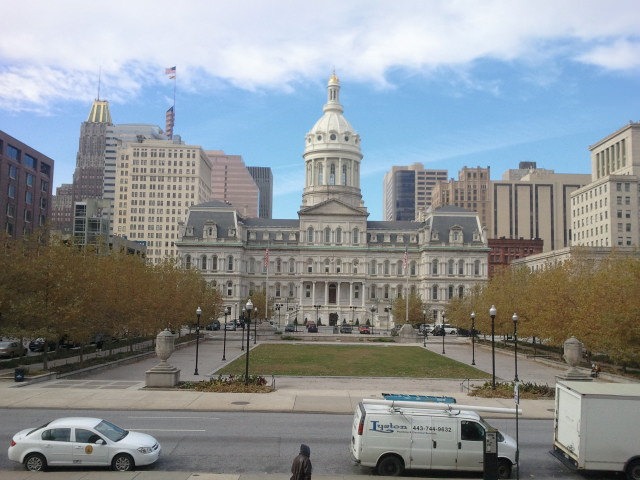 Baltimore City Mayor, Catherine Pugh, is a very competent, conscientious and likable politician. As of November 15, 2017, however, she is at a crossroads in her brief tenure in office.

We know she panicked with regard to the Confederate monument fiasco allowing them to be carried away in the middle of the night. Mayor Pugh’s conduct was declared “illegal” by the Historical Board responsible for their care and maintenance.

The issue for her now is much more serious: It is how to handle a rash of criminal activity in Baltimore, particularly the vicious conduct of serial juvenile offenders? If Mayor Pugh fails to come to grip on this matter, you can look forward to more hell for the citizens of this city – and down the road, even worse scenarios!

When the gangster Al Capone brutally beat to death two of his gangland cronies with a baseball bat, nobody doubted they were dealing with a thug. Recently a gang of teenagers beat a woman in the Federal Hill area repeatedly with wooden boards. They almost killed her and other tourists as well, attacking them in the Inner Harbor area over the Halloween weekend. (Watch the victim of the Federal Hill assault recount her horrifying experience here.)

I really don’t care if the suspected offenders with the wooden boards were white, black or Martian; they are thugs! No excuses allowed. If apprehended, they should be treated as adults by our court system and given the harshest penalty provided under the law. If the court system is not up to the task, then the General Assembly must step in and change the law. The common welfare demands it!

This kind of juvenile criminal outrage, which also includes carjackings, robberies and armed attacks, must be stopped. And that is the key question that every Baltimorean should put to every city official. What are you going to do to STOP THESE CRIMES?

On November 9, 2017, the Mayor called a press conference to address the current crisis. She said, “Crime is out of control!” Right, Madame Mayor! Query: What exactly are you going to do about it?

She mumbled something about addressing housing violations and “fixing” street lights and “opening” up recreation centers. Oh sure, that plays well on TV, Madame Mayor, but I’m sorry, it doesn’t address the subject at hand.

Mayor Pugh added, I have ordered 30 department heads to meet every morning and “make crime reduction” their top mission. The agency honchos will meet at 8 a.m. daily putting their collective heads together to “solve this problem.” Really? Are bureaucrats going to solve a major crime problem?

What do you think will be the result of this kind of show-boating measure? Besides department heads not getting enough sleep, it will only mean the taxpayers picking up a huge bill for the coffee and donuts devoured at these silly-chatter sessions.

Here is why I am so discouraged. At that same press conference, on Nov. 9th, standing next to the Mayor was the Police Commissioner – Kevin Davis. Here’s a guy who has been to hell and back fighting crime in the city since taking office. Davis knows what the story is – no if’s, and’s or but’s.

Earlier that day, Davis had held a press conference at police headquarters. He said: “Police officers are making arrests and taking violent offenders off the street, only to see them released with little or no repercussions…Davis underscored “how poverty, unemployment, family dysfunctions, drug addictions are really bad in the city.” But, he quickly added: “They do not excuse violent behavior by anyone, particularly Juveniles…We need…to get ahold of these violent kids who are wrecking havoc in our city right now.”

By way of example, Davis pointed how one juvenile, age 16, has been arrested ten times since 2014 – “for larceny, attempted robbery, carjacking, assault, two theft charges – and three car theft charges – but keeps being released.” He said many juveniles have similar records.

“Ten times” Madame Mayor! If this dude is arrested for the eleventh time are you okay with him going back to the juvenile court for another slap on the wrist? Well, are you?

Police spokesman T.J. Smith said the percentage of such juvenile law-breaking cases has “increased dramatically in recent years. That’s not saying juveniles have become less violent or less dangerous. They’re just not prosecuting them as adults.”

Published reports indicate there is at least one City Councilman, Isaac “Yitzy” Schleifer (5th District), who agrees with Commissioner Davis’ strong response. Mr. Schleifer recently remarked: “Those who are committing violent offenses in our communities, wrecking havoc on our communities and our citizens, must be prosecuted to the fullest extent of the law. These are people who are holding people up at knifepoint, at gunpoint, beating up innocent people, stealing their cars. They need to be held accountable”

Finally, Mayor Catherine Pugh, you need to decide now! Will you take the no-nonsense advice of your Police Commissioner and Councilman Schleifer on how to put a lid on the juvenile crime crisis, or will you continue your play-acting to the media? Please keep this in mind; cities can die, too!