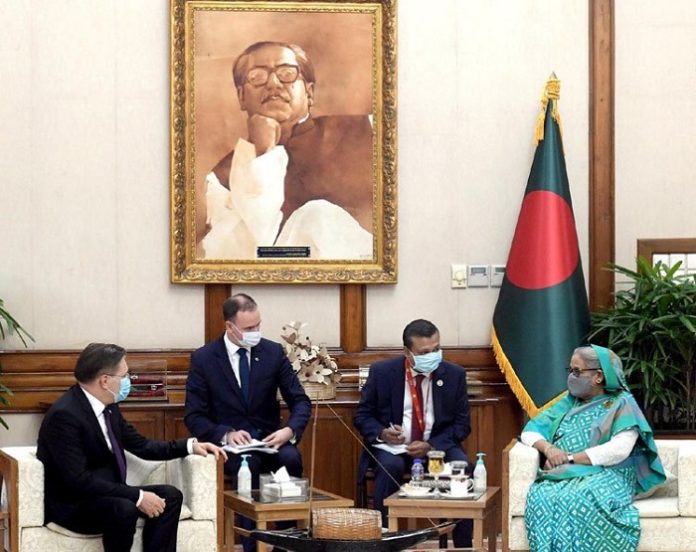 “We want to install another nuclear power plant in the country’s southern region and continuous Russian support is needed in this regard,” she said.

Bangladesh is setting up its first-ever nuclear power plant at Rooppur in Pabna with the technical and financial support of Russia. Russian State Atomic Energy Corporation, ROSATOM is providing this support.

Laying utmost emphasis on the security issues, Sheikh Hasina urged the ROSATOM Director-General to train up local people so they can run the Rooppur Nuclear Power Plant (RNPP).

Alexey Likhachev said cooperation between Bangladesh and Russia stepped into an atomic sphere and Bangladesh will become a country enriched with nuclear energy and power by 2023. He said his country will train up Bangladeshi people to operate the RNPP, adding their cooperation to Bangladesh’s power sector will continue.