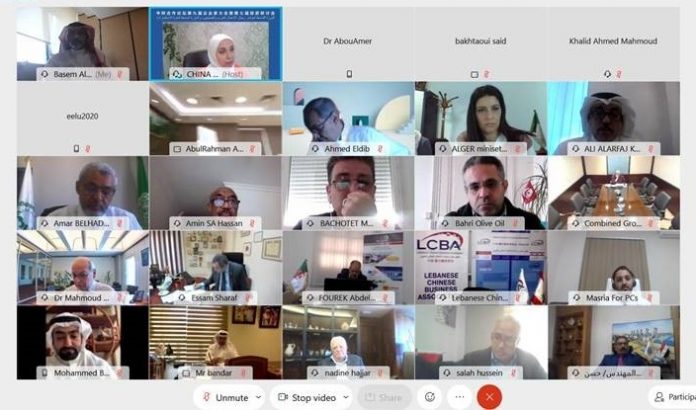 Cairo (UNA-OIC) – The ninth session of the Arab and Chinese Businessmen Conference was held visually in China’s capital Beijing on Tuesday.

The event was jointly organized by the General Secretariat of the Arab League (Economic Affairs Sector – Department of Economic Relations), and the Chinese Council for the Development of International Trade and the Federation of Arab Chambers.

The Cairo-based Arab League General Secretariat said, in a statement, that the conference discussed a number of important issues, including promoting economic integration, raising the level of cooperation, achieving development in the digital economy, as well as Chinese-Arab investment opportunities. It added that the conference aims to enhance economic and investment cooperation and raise the trade volume between the two sides.

China is the second-largest trade partner of Arab states, the statement said, as the economic cooperation between the two parties achieved $240 billion last year. It indicated that, among the Arab countries, Saudi Arabia, the United Arab Emirates and Iraq are the largest trading partners of China.