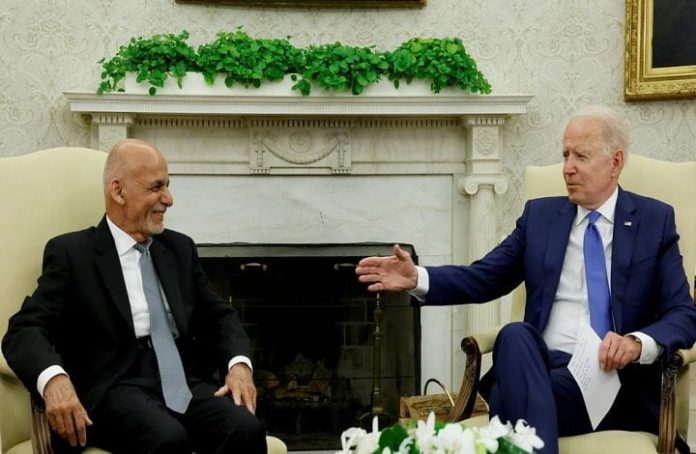 Washington (UNA-OIC) – President Joe Biden announced that US support for the Afghan government will not end, telling President Mohammad Ashraf Ghani that Washington will prop up the Afghan army and economy as the US ending a 20-year military presence in Afghanistan.

“The partnership between Afghanistan and the United States is not ending. It’s going to be sustained,” Biden told Ghani during a meeting in the White House on Friday, stressing military, economic and political support for Afghanistan.

The US president also insisted that “Afghans are going to have to decide their future” and “what they want,” but reassured them: “We’re going to stick with you. And we’re going to do our best to see to it you have the tools you need.”

On his part, President Ghani said the US-Afghan relationship was “entering a new chapter,” and that “the partnership with the United States would not be military, but comprehensive, regarding our mutual interests.”