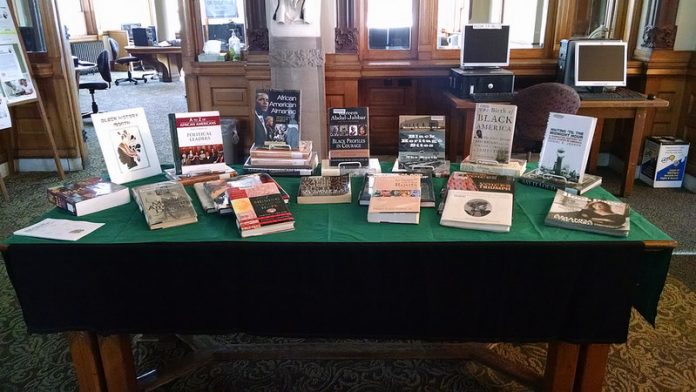 This is Black history month, an important time to reflect on the contributions African Americans have made to the history of the United States of America. It is important because, as we have discovered, in too many instances these contributions have been either deliberately ignored or are just not known or recognized. More than that, however, this month should provide also us with an opportunity to learn more about the shameful legacy of white America’s treatment black Americans. By this, I mean, not just the major crimes – slavery, mass lynchings, Jim Crow, and segregation – that have defined our history. I also mean the countless lesser-known but still devastating “little crimes” that have been inflicted on the black community.

I recently became aware of one of these crimes. It took place a century ago, literally, in my own backyard.

For the past four decades, I have lived in Northwest Washington. When we bought our home, we noted that in the deed’s historical record there was a “covenant” stipulating that the property could not be sold to “colored people”. That covenant had been overturned in the 1960’s by national civil rights legislation, but it remained in the deed as an uncomfortable reminder of my city’s racist history.

What I didn’t know then, and only discovered this month, was that Washington’s past was marked by other troubling instances of racism. A neighbor sent me a copy of a fascinating piece of academic research entitled “Free Black People of Washington County”. It tells the story of the forced evacuation and destruction of two settlements of hundreds of free black families that had lived just blocks from my home.

These settlements had been founded in the mid-19th century by the descendants of former slaves who had been residents of Washington for generations. They had built businesses, started schools for their children, and, during the civil war, many had served, with distinction, in the Union Army defending the Capital from the Confederacy. Back then, the areas where these settlements had been established were somewhat rural and so, in isolation from white Washington, these black American families prospered. All of that was to change in the early 20th century.

With the advent of the streetcar and the extension of telephone and electricity services, this once “far reaches” of Washington became more accessible and, therefore, more attractive to whites wanting to move out of the crowded downtown area of the Capital city.

During the first two decades of the 20th century, the areas surrounding the black settlements were developed into white-only subdivisions that included the “whites-only” provision I had found in my deed.

As more white families moved into the area they demanded that schools be built for their children. A combination of this need and the discomfort that many whites felt at their proximity to the black settlements, led the District of Columbia to take a fateful decision.

In 1928, the government used “eminent domain” and authorized the “purchase” of the black-owned properties in both of the black settlements and the eviction of the African American community from these areas of Northwest Washington. In the place where these black settlements had existed, the city built two all-white schools and parks for the children of new residents of the area.

As profoundly disturbing as this history is, even more troubling is that it is largely unknown. One of my children went to Lafayette School, and one of my grandchildren is currently enrolled at Alice Deal School – both of which were built on the ruins of those once-vibrant black communities. Not only have they been erased, but our memory of them has, as well. As the author of the article I read noted, a 1938 Washington Post article included this sentence: “Lafayette School which stands on the site of once barren ground is the hub of a thriving community life.”

So America needs Black History Month, not only to teach us about African American scientists, inventors, political leaders, and scholars who have made significant, though all too often unacknowledged, contributions to our collective history. We also need it to remind us of our forgotten crimes, born of our nation’s original sins of slavery and racism and the price African Americans have paid for our behavior. We cannot, as a nation, atone for our past when we remain unaware of the horrible crimes that defined it.