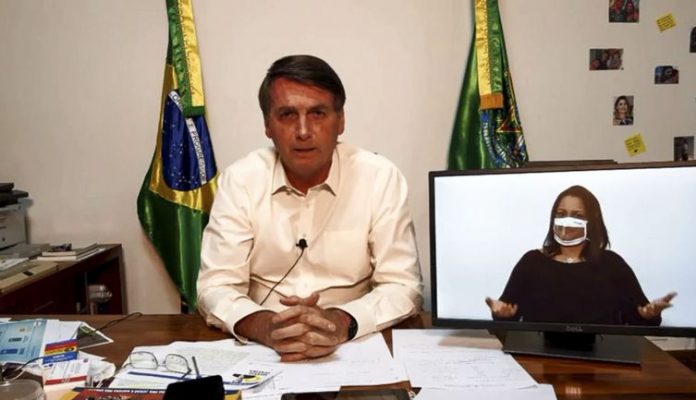 Brazilian President Jair Bolsonaro said Thursday (Jul. 16) during his weekly broadcast on social media that there is “an information war” centered around the environment, where the criticism directed at Brazil is unjust and linked to agribusiness disputes with other countries.

“This information war is not easy, and we have problems, because Brazil is an agribusiness power. In Europe, it’s an environmental sect; they preserved close to nothing in their environment, but they’re always firing at us, unjustly, because it’s also a commercial fight,” he said.

In June, the government received a letter from international business groups criticizing its environmental policy, setting an increase in deforestation and wildfire control in the Amazon as a requirement for investment in the country.

Bolsonaro regretted the provisional measure on land regulation, which has not been voted on by Congress yet. In his view, it would be a way to hold whoever commits illegal deforestation accountable. The president blames the media on having inflated the data on deforestation.

“Are there things to be done? Yes, but it’s not that big of a trauma. I’ll make it crystal clear. Ninety percent of these heat spots are in deforested areas. It’s not fire. And another five percent is in indigenous territories,” he stated.

In his live broadcast, Bolsonaro also talked about expectations ahead of the US presidential elections, to be held late this year, and the future of relations between the two countries should his ally Donald Trump fail to be reelected.

“I’m not interfering. I can’t. It’s not possible. But I hope Trump is reelected. We stand for Trump; we’re sure we can optimize our relationship. Now, if the other side wins [Democrat Joe Biden], I’ll do something similar, and if they don’t want it, fine. Brazil will have to figure what to do,” he said.