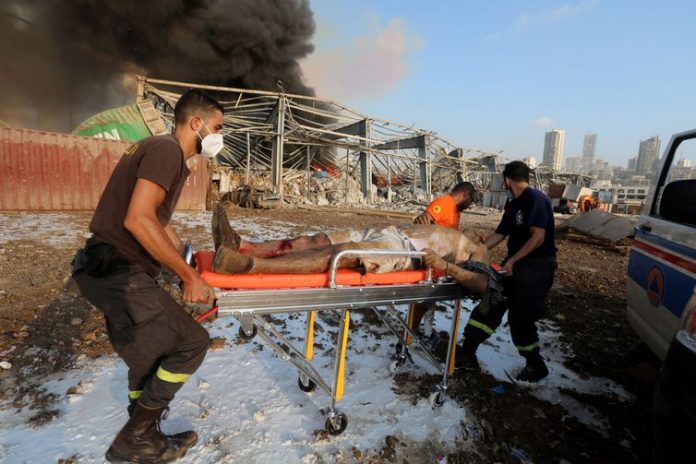 President Jair Bolsonaro said today (Aug. 5) he contacted Lebanon’s Ambassador to Brazil Joseph Sayah to express his solidarity with the Lebanese people. Brazil, he said, will do “something concrete” to help the people of that country following the explosion that took place at the port of capital Beirut.

Bolsonaro pointed out that Brazil is home to over 5 million Lebanese people, and said he contacted Sayah to say that Brazil “will do more than a gesture” in favor of the Lebanese people. “We’ll do something concrete to partly assist those dozens of thousands of people who are facing a difficult situation because, in addition to injuries, homes were impacted,” the president declared during a ceremony on an electricity program for the Amazon, in Amapá, a state in the Amazon region.

“Brazil extends its condolences and feelings to the Lebanese people. We’ll make ourselves present in offering help to those people, who have a few millions in our country,” he added.

On the government initiative, dubbed More Electricity for the Amazon, Bolsonaro said that the new electricity serving remote regions will benefit over 300 thousand people and will help integrate the Amazon region.

The president once again stood out for freedom on social media. “After that [the arrival of electric energy in the region], comes internet and social media, which must be free, despite its excesses,” the president said.