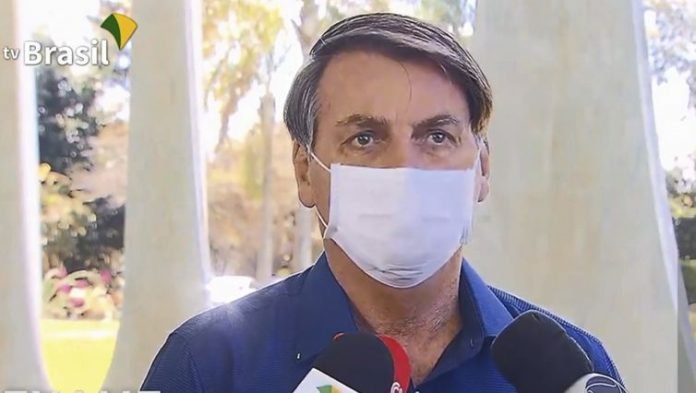 President Jair Bolsonaro stated on his social media Wednesday (Jul. 15) that he ran another test for COVID-19 and the result was still positive. The president has received treatment since July 7, when the infection was confirmed. He is still isolated at the Alvorada residence, where he has held online meetings with cabinet members.

On the four-minute broadcast, Bolsonaro talked about his symptoms and once again said he has taken hydroxychloroquine as treatment against COVID-19. The drug has no efficiency demonstrated against COVID-19 and its use has sparked controversy among doctors.

“I’ve been treated with hydroxychloroquine since the beginning, with a medical recommendation for it. I felt better the next day. I had no severe symptom. A slight fever, two Mondays ago, 38 degrees, some fatigue and muscle pain, and that’s about it. Whether or not it’s a coincidence, we know there’s no scientific proof, but it worked on me,” he declared.

“No drug in the world has had its efficiency scientifically demonstrated. I’m not campaigning for a drug. I’m not recommending anything. I recommend you see a doctor and talk to them,” Bolsonaro added.

Since the infection with the novel coronavirus was confirmed, the president has been cared for by his official medical staff.