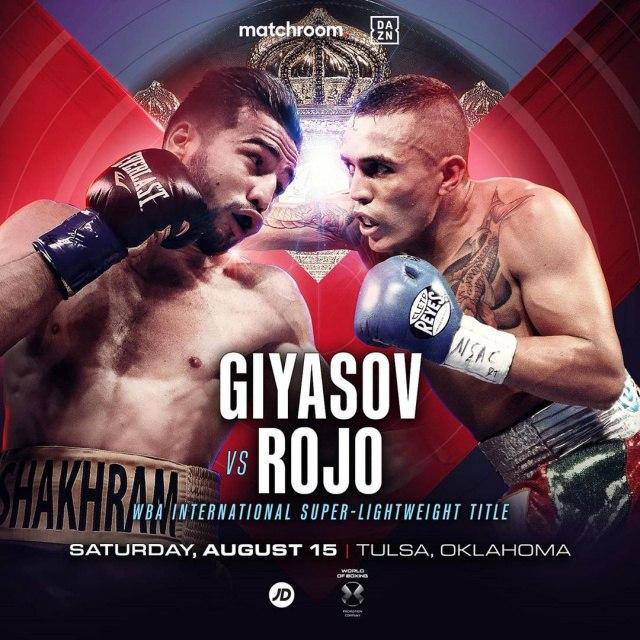 Uzbekistan’s Shakhram Giyasov, the winner of the 2016 Olympic Games held in Rio de Janeiro, the winner of the world and continent championships, fighting in professional boxing without defeats, will hold his next fight on August 15.

The next battle for defending the international WBA belt will be held in Tulsa (Oklahoma). His opponent is the Mexican Francisco Rojo.

S. Giyasov’s last fight took place on August 24, 2019 against Darley Pérez from Colombia. He knocked him down and won his ninth victory in the professional ring.