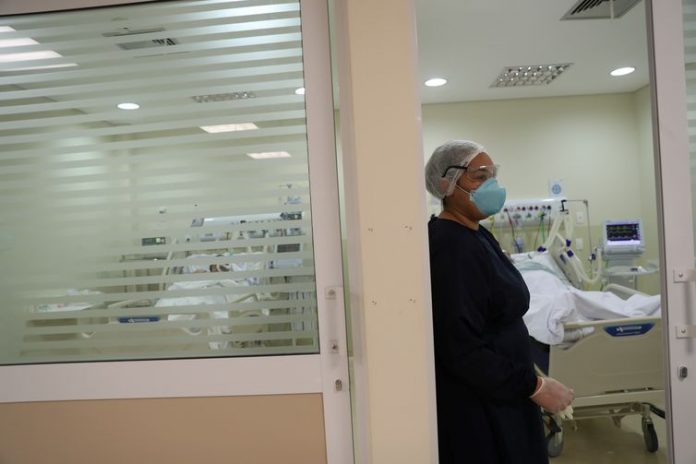 Thus far, 60,632 people have died as a result of the pandemic of the novel coronavirus in Brazil, as per the daily report from the Health Ministry, released Wednesday (Jul. 1). In 24 hours, 1,038 people lost their lives to COVID-19. There are also 3,931 obits under investigation.

However, health authorities argue the country has reached a plateau—where the curve defined by the number of deaths begins to stabilize. In recent weeks, the amount of new deaths has oscillated.

The document also includes 46,712 new confirmed cases of the disease, bringing the total case tally to 1,488,753. Unlike the death curve, the number of people infected is still on the rise.

“The curve of new cases is currently inclined and the death curve has kept steady,” said Arnaldo de Medeiros, secretary for health surveillance with the Health Ministry, during a press conference at the Planalto presidential palace.

Furthermore, 561,255 patients are reported as being observed, whereas recovered cases since the beginning of the pandemic add up to 826,866.

Up to now, 5,021 cities registered cases of the new coronavirus—90.1 percent of all municipalities in Brazil. Fatal cases have been notified in 2,551 cities—45.8 percent.

The data also indicate the pandemic showed a tendency to move towards the countryside. A little more than month ago, deaths were more often reported in the capitals than in other cities. This proportion is now inverted, with 62 percent of deaths stemming from COVID-19 in the countryside, and 38% in the capitals in the 26th epidemiological week.

Considering the confirmed cases, reports in the capitals were above 60 percent. Last week, this rate dropped below 50 percent, as the proportion of people infected in the countryside rose.

Regarding hospitalized patients, 50 percent were aged 60 or older, 43 percent were women and 57 percent men. In a comparison based on race and skin color, 31.1 percent were brown, 28 percent white, 4.6 percent black, 0.9 percent Asian, 0.3 percent indigenous, and 35.1 percent did not specify.