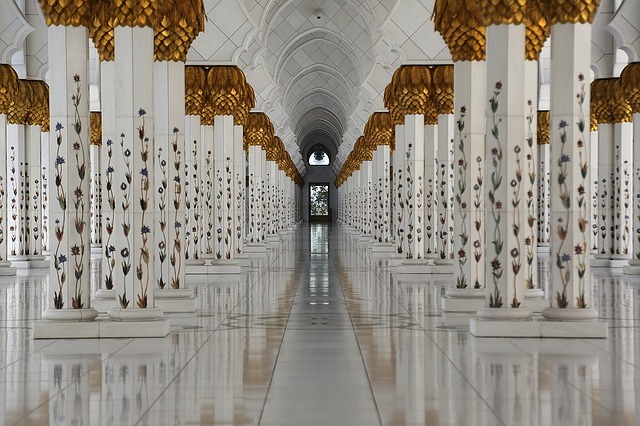 [Many states’ affairs related to social, cultural, and educational activities are defined by most people’s beliefs within the State. For instance, in the western secular states, where Christianity dominates, the system of the State observes the practices of the Christian faith: for example, national holidays at Christmas and Easter, beginning official events, and even parliamentary sessions, with Holy verse from the Bible and heads of State visit their respective churches]

The majority always dominate the minority: religiously, culturally, and socially. The idea of secularism emerged as a practical strategy to deal with the issues related to the Christians and people of other faiths in Western culture. The nations that adopted secularism had the conviction that people should not be accused or discriminated against in the name of Religion. Everyone should be given liberty to observe his or her own faith, and the State should not be in control of religious obligations. Therefore, the theory of separation of State and Religion makes several underlying assumptions that are hard to come by in the real world. State and Religion both possess direct relationships with the people. People practice Religion, and people run the State. Therefore, it is quite illogical to believe that secular philosophy has ever been implemented according to its theoretical definition.

In the West, where Christianity is a major Religion, the rulers tried to compromise between day-to-day affairs and the practices of the faith. They decided to include some of the values of Christianity in making the rules of their version of a secular state.

The religious rights of the minorities in the western world and secular states are still confined within their places of worship, and this extent of religious liberty can also be seen in the non-secular State or in the State where Religion is the part of the government.

How can one separate the dealings of State and the rules dictated by Religion in the widely observed Religion of Islam where the Holy Quran strongly defines the codes of life – from social issues to the State’s affairs?

That is why, when rulers of the Muslim majority states tried to implement the secular philosophy of the West in their countries, they failed to develop a system which could avoid the conflict between Islamic laws and secular ideologies. The concept of compromising and creating half secular half Islamic system produced divisions in public, and the nation becomes a mixture of divided thoughts.

Today, Islamic states are abused as countries producing religious extremists and are considered conservative. As a matter of fact, the extreme division among the people, who are in today’s terminology known as fundamentalists and moderates, are the consequences of the ideology of combining Islam and the secularism of the West.

The issues related to religious freedom are also found in secular states. For example, banning women’s headscarves in France was the perfect example of how the word ‘secularism’ has been manipulated. Secularism is supposed to provide freedom to every individual to practice their belief in an independent environment rather than regulating people with a single rule defined by the State.

It would be wrong to credit the West’s secular system for their economic independence and technological advancements. These attributes are directly linked with the citizens’ level of education and growth in literacy rather than due to the country’s secular status. However, when one looks at the human values and social relationships in the western world such as family values (status of the mother, father, sister, and brother) respect of elders, teachers, and so on, which are taught by the Religion, one finds that the level of these characteristics is continuously diminishing in the secular states compare to the religious states.

Many states’ affairs related to the social, cultural, and educational activities are defined by the beliefs of the majority of people within the State. For instance, in the western secular states, where Christianity dominates, the system of the State observes the practices of the Christian faith: for example, national holidays at Christmas and Easter, beginning official events, and even parliamentary sessions, with Holy verse from the Bible and heads of State visit their respective churches.

The secularism in the East is not much different than the West. In India, which is one of the largest democratic and secular states, Hindu religious practices can be seen as a part of the official activities of the State. Indonesia is another perfect example of the dominance of religion in the secular system. Though Islam has not been defined as a religion of the State in the Indonesian constitution, the dominance of Islam can be seen in the government and public affairs of the State.

State and religious affairs could only be possible to separate if these two were totally independent entities. As both the state and religious affairs are run and practiced by the same people, these cannot be separated. Accepting reality, the secularism of today can be defined as a philosophy where practices of faith are related to the faith of the majority in the State, and remaining affairs of the State are man-made rules defined to provide social freedom to the people. And the states which claim themselves as secular states are actually the Christian, Hindu, or Islamic countries, depending on who is in the majority and power.