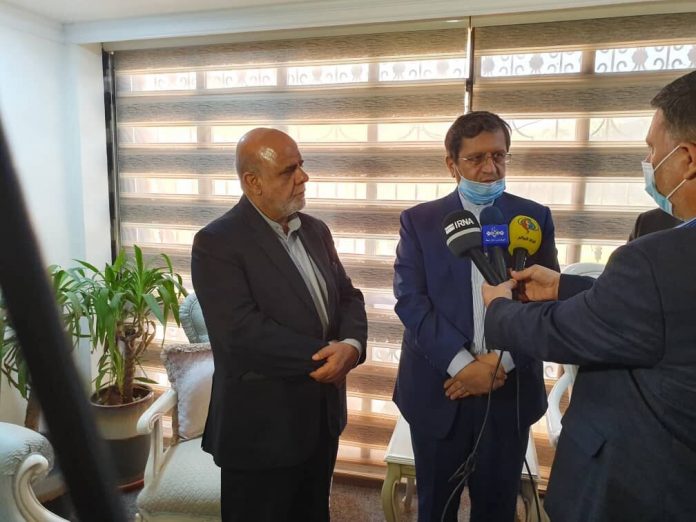 Abdonnasser Hemmati told IRNA, after a meeting with his Iraqi counterpart Ali Mohsen al-Alaq, that as a result of an agreement reached on Wednesday with the Iraqi Central Bank, this approach starts with Iraq.

Hemmati said Iran has a considerable financial source in Iraq, which is to be used for importing basic goods to Iran, adding that the two countries agreed on a payment mechanism last year and the Iranian sources in Iraq are to be used in the framework of the aforementioned accord.

Referring to his talks with his Iraqi counterpart, Hemmati said the policy of Iran is to expand monetary and financial relations with Iraq though the central or other banks.

Al-Alaq said that the Iranian sources in Iraq are from Iran’s export of natural gas and electricity to the neighboring country and according to the new agreement, these sources are to be used from now on.

He said that the meeting on Wednesday reviewed the last year’s agreement and an agreement was reached about the implementation of some parts of it, including export of basic goods to Iran.

Answering a question about the possibility of foreign influence on the agreement, he said the financial mechanism accord has been signed after agreement of all sides was gained and it is a transparent accord.

He added that the agreement has been internationally approved.

The governor of Central Bank of Iran arrived in Baghdad on Wednesday.