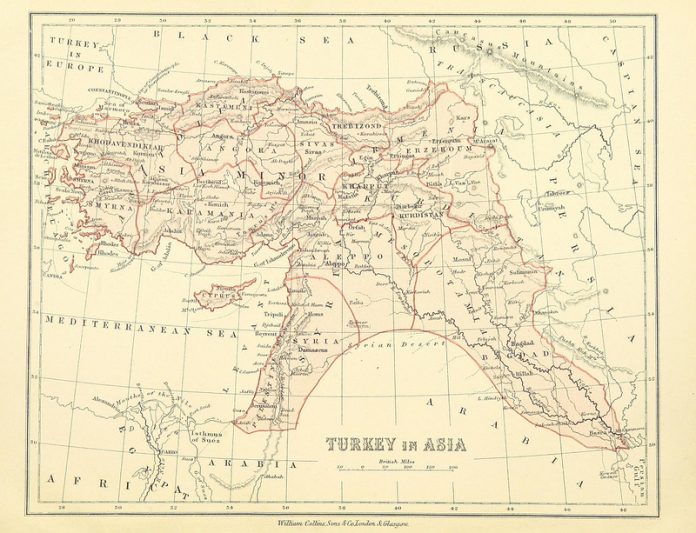 With the fall of Deraa last Friday, the end of Syria’s civil war is within sight. What will Bashar al-Assad and his ruling Ba’ath Party do with their victory?

Polishing off the last rebel-held areas in the south, right up against the Israeli border, won’t take long now that Israel agreed that Syrian government troops can re-occupy those territories so long as Iranian and Hizbollah militias don’t accompany them. (Israel’s Prime Minister Binyamin Netanyahu discussed the issue with Vladimir Putin in Moscow on Thursday.)

Recovering the thinly populated eastern quarter of the country, currently held by US-backed Kurdish forces, is a tricky diplomatic issue, but it will be accomplished in due course. Reconquering the one province still held by Islamist rebels, Idlib, may take longer, but it’s not going to stop ‘reconstruction’ in the rest of Syria. And that is going to change things a lot.

Syria’s demography shaped the seven-year civil war, in the sense that all the rebels were Sunni Muslims. Lots of Sunnis supported the regime and even fought for it, but 70 percent of the entire Syrian population are Sunnis and a majority of them, especially in rural areas and the big-city slums, backed the rebellion. Hardly any non-Sunnis did.

The pro-regime non-Sunni minorities were Shia Muslims (including the Alawite sect that is the backbone of the regime), Christians, and the Druze, who all feared that a Sunni victory would mean at best oppression, or maybe exile or death for them. This was mainly because the Islamist fighters who dominated the later stages of the revolt were all Sunni extremists whose language made those fears plausible.

So how could the regime make itself safer from another rebellion? Get rid of as many as possible of the poorer Sunnis, and particularly those who lived in the cities.

The present situation presents a once-in-a-lifetime opportunity to do just that, because more than half of the pre-war population of 23 million are now out of their homes: 6 million as refugees abroad and another 6 million internally displaced. They are almost all Sunnis, and the Assad regime sees them as ‘bad’ Sunnis, so here’s what he is going to do.

Syria’s new Law No. 10 requires property-owners in parts of the country devastated by the war to produce their ownership documents within 30 days. If they don’t, they will have no further claim to their home or the land it once stood on. It sounds quite straightforward, but here’s the trick.

The devastated areas where most buildings were damaged or destroyed are, of course, those that fell into the hands of the rebels and were smashed up by government bombs and shell-fire. Assad’s regime assumes (probably correctly) that most of the people in those areas, mainly on the outskirts of the big cities, backed the rebels.

Many of those people are now refugees outside the country, and most of the rest are internally displaced persons.

Their documents may have been destroyed, or they may never have had deeds (if they lived in informal settlements).

In either case, they will be very reluctant to come home and put themselves in the hands of the regime, so they lose their land.

And then, the regime thinks, they will never come home at all – which is the point of the whole exercise. When these areas are eventually rebuilt, the homes will go to people who backed the regime, or at least stayed neutral: ‘good’ Sunnis and the minorities.

Meanwhile, the war will go on for a while here and there at a slower pace, but the Kurdish-controlled areas will probably soon be back under government control. Rather than wait to be betrayed by the Americans (who will not protect them from Turkey in the long run), the Kurds will make a deal with Assad that gives them an autonomous Kurdish regional government and protects them from Erdogan’s anger.

Idlib, the last opposition-held area, will take longer. The province’s population has doubled to 2 million, and a great many of the newcomers are hard-line Islamists who were sent there after the negotiated surrenders in Aleppo, Eastern Ghouta or Daraa in the past eighteen months.

Assad doesn’t actually want them back, and the Turks (whose troops are already in Idlib province) might fight to protect them. He may just leave them there, safely quarantined, until some opportunity arises to get rid of them. But in the meantime, he is re-shaping the population to guarantee the regime’s long-term future.

The cities may be a bit smaller than before, but they will be reliably regime-friendly. The country as a whole will still have a Sunni majority, but probably a less overwhelming one, and the most hostile elements will be living in exile. It is demographic engineering on a very large scale, and nobody can stop it.