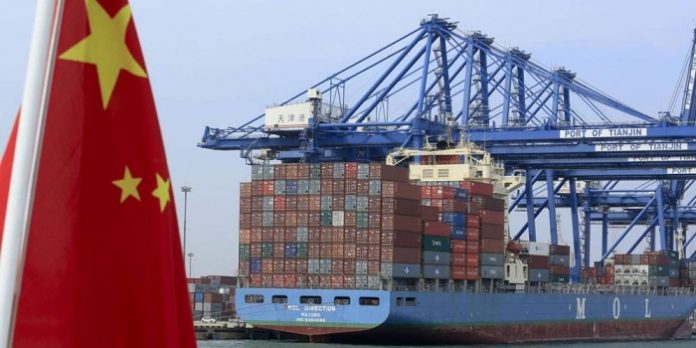 Beijing (UNA-OIC) – Bilateral trade volume between China and the Arab countries reached US$239.8 billion in 2020, making China the largest trading partner of the Arab countries, the Chinese Ministry of Commerce said Monday.

In a press conference, Chinese Vice Minister of Commerce Qian Keming said that China’s exports to Arab countries reached US$123.1 billion in 2020, with an increase of 2.2 percent, despite the effects of COVID-19.

The shares of mechanical and electrical products, high-tech and modern products recorded an increase of 6.1 percent and 3.3 percent, respectively, as they together constituted 67.4 percent of the total exports, he said.

There are huge potentials for cooperation between China and the Arab countries, especially with the “Belt and Road Initiative”, where the two sides will expand cooperation in new areas, including digital economy, new energy and artificial intelligence, he noted.

The Fifth China-Arab States Expo, scheduled for August 19-22 in Yinchuan, the capital of China’s Ningxia Hui Autonomous Region, will further enrich the cooperation mechanisms of the Belt and Road Initiative.