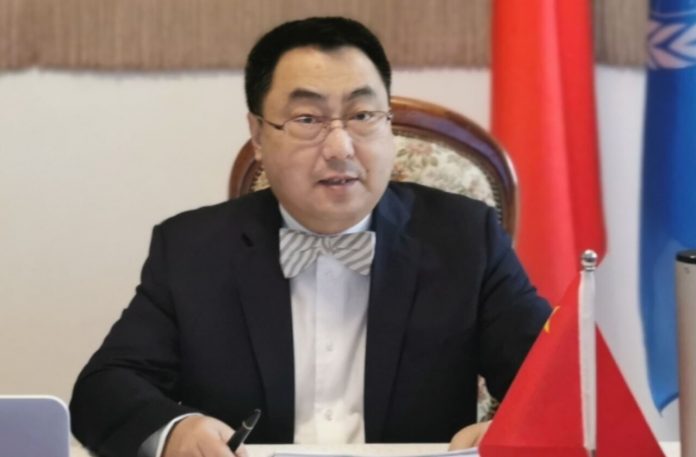 “China deeply regrets at the adoption, today, of IAEA Board Resolution on Iran’s safeguards implementation, with the caveat of such a move’s huge implications on the prospect of the #JCPOA. China & Russia voted against the above resolution,” Chinese Mission wrote on its Twitter account on Friday.

Earlier addressing the IAEA BoG meeting on Thursday, Chinese Ambassador in Vienna Wang Qun referred to recent tensions with regard to Iran nuclear deal known as the Joint Comprehensive Plan of Action (JCPOA), saying: “The root causes of this situation lie in the unilateral and bullying practices of the U.S., as evidenced by its unilateral withdrawal from JCPOA and its policy of maximum pressure towards Iran.”

“In addition, the U.S. has not only ended the sanctions waiver covering all remaining JCPOA-originating nuclear projects, but also openly pushed for the extension of the conventional arms embargo against Iran in UN Security Council in an attempt to completely destroy JCPOA,” he added.

This is while, Iran had announced that IAEA’s request was based on the Zionist regime’s claims.

Meanwhile, in response to the adoption of the proposed resolution of the three European countries in the Board of Governors of the International Atomic Energy Agency (IAEA) on Friday, Iran’s ambassador to the Vienna-based international organizations Kazem Gharibabadi stated that the Islamic Republic of Iran completely rejects the resolution of the Board of Governors, adding that It will take appropriate and necessary reaction to it.