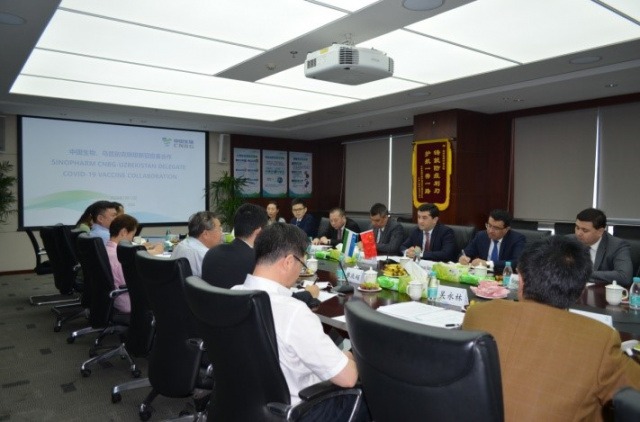 This was reported at the meeting between the Ambassador of Uzbekistan to the PRC Bakhtiyor Saidov and the Chairman of the Board of the Chinese company Sinopharm Group, Liu Jingzhen.

At the meeting with the head of Sinopharm Group, the sides discussed the prospects for bilateral cooperation in the pharmaceutical sector in the context of a pandemic, the implementation of projects for processing medicinal plants and production of medicines in Uzbekistan.

The Chinese side informed that to date, two phases of clinical trials of two coronavirus vaccines have been successfully completed. These are inactivated and recombinant vaccines that have been developed by one of the Sinopharm Group divisions, China National Biotec Group (CNBG).

The duration of the inactivated vaccine after injection is 2 years or more. To date, more than 50 thousand people have been vaccinated on the territory of the PRC. For mass production of vaccines, the construction of the second large plant in Beijing was completed in July this year, thereby doubling the production capacity to 200 million doses per year. The first factory was built in Wuhan city.

According to Liu Jingzhen, the third final phase of clinical trials among the population in the PRC has recently begun. At the same time, tests will be carried out in the UAE within the framework of interaction in the fight against the coronavirus pandemic, which will be attended by about 15 thousand people. With this in mind, the head of the Chinese corporation proposed conducting similar tests in Uzbekistan.