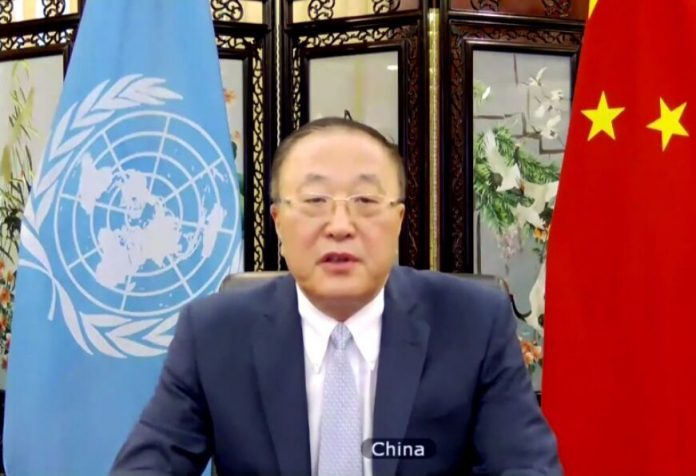 Addressing the virtual meeting of the UN Security Council to review the Secretary General’s report on implementation of Resolution 2231 on Iran’s nuclear deal, he added that full implementation of the JCPOA is crucial to the non-proliferation of nuclear weapons and establishment of peace and stability in the Middle East.

Describing the JCPOA as a multilateral deal endorsed by the UN Security Council Resolution 2231, he said that the agreement boasts of a completely legal basis and should be implemented fully.

China wants all agreements, including the lifting of Iran’s arms embargo, be implemented and unilateral sanctions to be lifted, he said, noting that the US should return to JCPOA and act according to Resolution 2231.

While the US has withdrawn from the JCPOA, it cannot demand extension of Iran’s arms embargo, he said, adding that Iran reduces all its commitments under the 2015 nuclear deal because of US maximum pressure.

Reaffirming China’s support to the JCPOA and its implementation, the envoy said that his country will work together with other parties to peacefully solve Iran’s nuclear issue.

Nuclear deal is interlinked with the Middle East peace and stability and all countries should settle the issues through dialogue, he said.

All the reports on the JCPOA should be fair and purposeful, he said, noting that this report cannot prevent Iran from accessing its legitimate rights, Jun said.