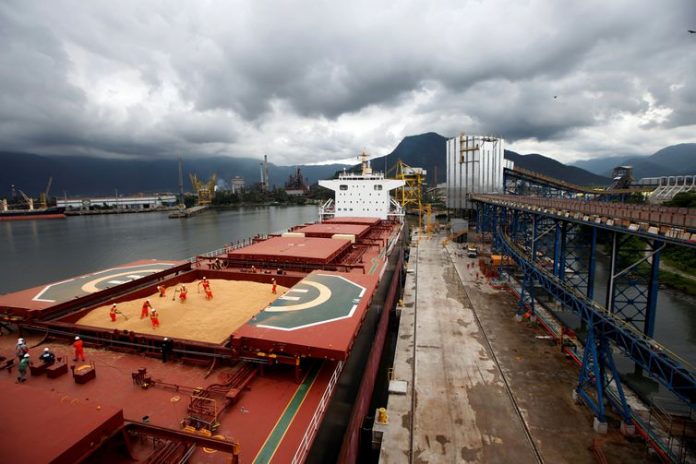 China made the main contribution to the surplus in Brazil’s balance of trade, with imports adding up to $4.5 billion in July and $21.9 billion year-to-date.

In the first seven months of the year, a positive balance was also seen with South America—$3.2 billion—compared to $1.6 billion with the European Union.

Even though the country posted a surplus in its balance of trade with the US in July, it was not enough to reverse the $3.1 billion deficit reported for January through July.

The data can be found in the Foreign Trade Report (Icomex), released today (Aug. 14) by the Brazilian Economy Institute of the Getulio Vargas Foundation (Ibre/FGV).

China’s participation, be it in exports or imports, outweighed that of Brazil’s main partners year-to-date. In exports, China’s share reached 34.1 percent. The European Union ranked second, with 13.4 percent.

Considering the contribution of trade in large regions, Asia accounts for nearly 50 percent of Brazilian exports, Europe for 18.7 percent, North America for 12.6 percent, and Latin America 11.2 percent, as per Icomex.

“This result for Asia and China is no longer a cyclical issue. The rise in China’s participation, which began early in the 2000s, has been ongoing and joined by an increase in commodities on the exporting agenda,” the report says.

July’s balance of trade stood at $8.1 billion, the highest for July in this time series. The figure brings the surplus accumulated over the course of the first seven months of the year to $30 billion. According to the Getulio Vargas Foundation, the sharp decline in imports—35.2 percent from July 2019 to July 2020—was the decisive driver behind the positive balance and the non improvement of exports, which fell 2.9 percent.

Price and volume indexes held steady in the behavior monitored in June. The volume exported rose 13.2 percent year on year, but the 15 percent reduction in prices led to a plunge in the exported value. In imports, the two indexes shrank and the contraction reached 29.7 percent.

China is the main market for seen of the ten main products exported by Brazil in July. The chief ones remain grain soybeans, iron ore, and oil, with 79 percent of Brazilian exports headed for this market. Other products have seen a surge in exports, like beef, up 160 percent, and pork, up 158 percent.