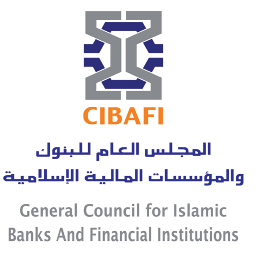 Manama, Bahrain (UNA) – Aligned with its role as an advocate of the Islamic Financial Services Industry (IFSI), the General Council for Islamic Banks and Financial Institutions (CIBAFI), the global umbrella of Islamic financial institutions, announced that it has submitted its comments today, Thursday, to the International Financial Reporting Standards (IFRS) foundation trustees on their Consultation Paper on “Sustainability Reporting”.

According to a CIBAFI press release received today by the Union of the OIC news agencies (UNA), the Consultation Paper has been issued by IFRS Foundation Trustees in September and is open for public consultation until 31st December 2020, to assess demand for global sustainability standards and, if demand is strong, assess whether and to what extent the Foundation might contribute to the development of such standards.

In its comments, CIBAFI thanked the IFRS Foundation Trustees for giving the opportunity to the Islamic Financial Services Industry to comment on the Consultation Paper.

First:
In order to bring transparency, accountability, efficiency and consistency in the information shared about sustainability by the financial institutions, a global set of internationally recognised sustainability reporting standards is needed and the IFRS Foundation appears best equipped to do this in an authoritative and appropriately governed way. Subject to sufficiently wide acceptance of its role, the development of a sustainability standards board (SSB) to operate under the governance structure of the IFRS Foundation would be an appropriate approach to achieving further consistency and global comparability in sustainability reporting.

It is recommended for the governance structure of the SSB to include people from organisations that issued reporting standards and work to identify the common elements among the most important existing standards and address their limitations in order to develop harmonised and global standards. In addition, it would be appropriate for the governance and operational structures to include people with some experience of Islamic finance to ensure that the particularities of Islamic finance are taken into consideration while developing the standards for wider implementation.

It is recommended that SSB could first start preparing and issuing a framework that will guide and support its work in general. Once the guiding framework is established and adopted, SSB could start developing climate-related financial disclosures taking into consideration the convergence that exists particularly with that of the Financial Stability Board’s Task Force on Climate-related Financial Disclosures (TCFD). However, SSB should, in parallel, begin the longer-term process of broadening its scope into other areas of sustainability reporting. SSB should adopt a gradualist approach taking into account a reporting that focuses not only on the effects of climate change on the organisation but also the impact of the organisation on the outside world.

In addition to policy and regulatory advocacy, CIBAFI continues to support the Islamic Financial Services Industry through various activities and initiatives. These include providing industry stakeholders with a platform to discuss emerging issues, representing the industry at major global financial events, and sharing knowledge through specialized publications and comprehensive training programmes.

CIBAFI is an international organisation established in 2001 and headquartered in the Kingdom of Bahrain. CIBAFI is affiliated with the Organisation of Islamic Cooperation (OIC). CIBAFI represents the Islamic financial services industry globally, defending and promoting its role, consolidating co-operation among its members, and with other institutions with similar interests and objectives, with over 130 members from 34 jurisdictions, representing market players, international intergovernmental organisations and professional firms, and industry associations.