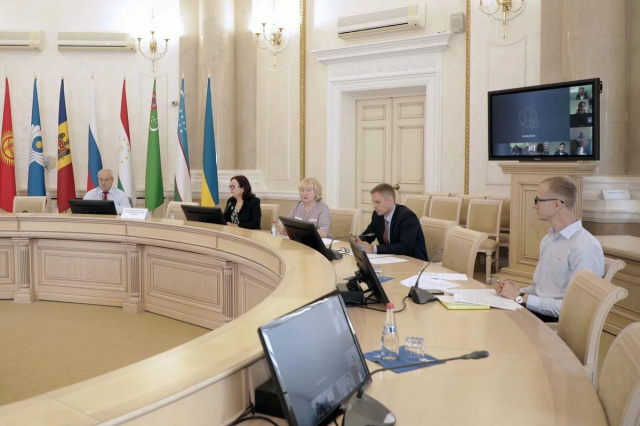 The CIS Executive Committee in Minsk hosted a virtual meeting of the working group on development of the draft Regulation on the Virtual Museum of Cultural Heritage of the CIS Member States.

The meeting was attended by members of the working group, representatives of Azerbaijan, Armenia, Belarus, Kazakhstan, Kyrgyzstan, Russia, Tajikistan, Uzbekistan and the CIS Executive Committee.

Representatives of the working group discussed and finalized the drafts of the Concept of the Virtual Museum of Cultural Heritage of the CIS Member States and the Plan of the main measures for its creation and development.

Materials of the meeting will be sent to members of the Council for Cultural Cooperation of the CIS Member States.

The initiative to create the Virtual Museum belongs to the President of the Republic of Uzbekistan Shavkat Mirziyoyev. The project aims at combining the tangible and intangible cultural heritage of the CIS Member States under a single virtual museum on the Internet, where the most interesting cultural heritage sites will be presented.

It should be noted that the developer of the Internet platform, design, virtual 3D tours of the cultural heritage of the CIS member states of the Virtual Museum is the Department for Development of Museums of the Ministry of Culture of the Republic of Uzbekistan.

The interface and content of the Virtual Museum is planned to be developed in Russian and the state languages of the CIS member states, as well as in English and, if possible, other languages. The absence of language barriers in formation of expositions is the key to ensuring the accessibility of the CIS Virtual Museum for a wide audience.