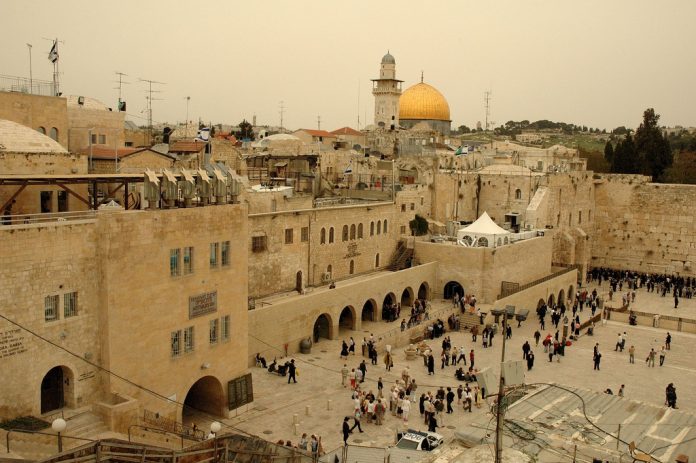 “Revenge is a dish that is best eaten cold,” is a saying attributed to Stalin. I don’t know if he really said that. All the possible witnesses were executed long ago.

Anyhow, a taste for delayed revenge is not an Israeli trait. Israelis are more impulsive. More immediate. They don’t plan. They improvise.

In this respect, too, Avigdor Lieberman is not Israeli. He is Russian.

WHEN “EVET”, as he is called in Russian, selected his Knesset faction four years ago, he acted, as always, according to his mood of the moment.

No nonsense about democracy, primaries and such. There is a leader, and the leader decides.

There was this very beautiful young woman from St. Petersburg, Anastassia Michaeli. Not very bright, perhaps, but good to look at during boring Knesset sessions.

Then there was this nice man with the very Russian name, Stas Misezhnikov, which no Israeli can pronounce. He is popular among the Russian immigrants. Davay, let’s take him.

And this Israeli diplomat, Danny Ayalon, may be useful if I become Foreign Secretary.

The beauty turned out to be a bully, in addition to being stupid. In a public Knesset committee meeting, she stood up and poured a glass of water over an Arab member. On another occasion, she physically attacked a female Arab member on the Knesset rostrum.

The nice Russian man was rather too nice. He regularly got drunk and organized parties for his mistress abroad, expenses paid by his ministry. Even his bodyguards complained.

And the diplomat trumped the lot, when he invited journalists to witness his humiliation of the Turkish ambassador, putting him on a very low seat during a meeting. This led on to the famous Turkish Flotilla incident and did –” is still doing – incalculable damage to Israel’s strategic interests. Also, Ayalon was a compulsive leaker.

Lieberman did not react to all this. He defended his people and criticized their critics, who were anyhow leftist trash.

But now has come the time to appoint Lieberman’s faction to the next Knesset, again without democratic nonsense. To their utter consternation, the three were dismissed with five minutes’ notice. All without any display of emotion. Cold. Cold.

Don’t mess with the likes of Lieberman. Any more than with Vladimir Putin and Co.

IF I were Binyamin Netanyahu, I would not worry about Abbas, Ahmadinejad, Obama, Morsi and the combined opposition in the Knesset. All I would worry about would be Lieberman, somewhere behind my back. I would worry very, very much. Every minute, every second.

Two weeks ago, two fateful things happened that may hasten the political demise of “King Bibi”. One was not of his making, the other was.

In the Likud primaries, dominated by ugly deal-making and manipulations, a new Knesset faction was selected that was almost exclusively composed of extreme rightists, including outright fascists, many of them settlers and their appointees. Against Netanyahu’s wishes, all the moderate rightists were unceremoniously booted out.

Netanyahu is, of course, an extreme rightist himself. But he likes to pose as a moderate, responsible, mature statesman. The moderates served as his alibi.

The new Likud has nothing to do with the original “revisionist” party that was its forerunner. The founder of the party some 85 years ago, Vladimir  (Ze’ev) Jabotinsky, an Odessa-born and Italian-educated journalist and poet, was an extreme nationalist and very liberal democrat. He invented a special Hebrew word (“Hadar”) for the ideal Jew he envisioned: just, honest, decent, a hard fighter for his ideals but also magnanimous and generous towards his adversaries.

If Jabotinsky could view his latest heirs, he would be revolted. (He once advised Menachem Begin, one of his pupils, to jump into the river Vistula if he did not believe in the conscience of mankind.)

JUST BEFORE the Likud primaries, Netanyahu did something incredible: he made an agreement with Lieberman to combine their two election lists.

Why? His election victory already seemed assured. But Netanyahu is a compulsive tactician without a strategy. He is also a coward. He wants to play safe. With Lieberman, his majority is as sound as Fort Knox.

But what is going to happen within the fortress?

Lieberman, now No. 2, will pick for himself the most important and powerful ministry: defense. He will wait patiently, like a hunter for his prey. The joint faction will be much closer in spirit to Lieberman than to Netanyahu. Lieberman, the cold calculator, will wait until Netanyahu is compelled by international pressure to make some concessions to the Palestinians. Then he will pounce.

This week we saw the prelude. After the UN overwhelmingly recognized Palestine as a state, Netanyahu “retaliated” by announcing his plan to build 3000 new homes in the occupied Palestinian territories, including East Jerusalem, the inevitable future capital of Palestine.

He emphasized his determination to fill up the area called E1, the still empty space between West Jerusalem and the giant settlement of Ma’aleh Adumim (which alone has a municipal area larger than Tel Aviv). This would in effect cut off the northern West Bank from the southern part, apart from a narrow bottleneck near Jericho.

World reaction was stronger than ever before. Undoubtedly encouraged behind the scenes by President Obama, the European countries summoned Lieberman’s ambassadors to protest the move. (Obama himself is far too cowardly to do so himself.) Angela Merkel, usually a mat under Netanyahu’s feet, warned him that Israel risked being totally isolated.

If Merkel thinks that this would intimidate Netanyahu or the Israelis at large, she is vastly mistaken. Israelis actually welcome isolation. Not because it is “splendid”, as the British used to think, but because it confirms again that the entire world is anti-Semitic, and not to be trusted. So, to hell with them.

WHAT ABOUT the other parties? I almost asked: what parties?

In Israeli politics, with their dozens of parties, what really count are the two blocs: the rightist-religious and the…well, the other one.

There is no “leftist” bloc in Israel. Leftism is now, like Oscar Wilde’s homosexuality, “the love that dares not speak its name”. Instead, everybody claims now to be “in the center”.

A seemingly small matter aroused much attention this week. Shelly Yachimovich’s Labor party has terminated its long-standing “spare votes” agreement with Meretz, and made a new one with Ya’ir Lapid’s “There is a Future”.

In the Israeli electoral system, which is strictly proportional, great care is taken that no vote is wasted. Therefore, two election lists can make a deal in advance to combine the leftover votes that remain to them after the allocation of the seats, so that one of them can obtain another. In certain situations, this additional seat can be decisive in the final division between the two major blocs.

Labor and Meretz had a natural alliance. Both were socialist. You could vote for Labor and still be satisfied that your vote may end up helping another Meretz member to get elected. Displacing this arrangement with one with another party is meaningful –” especially if the other is a hollow list, devoid of serious ideas, eager to join Netanyahu’s government.

By representing nothing but the personal charm of Lapid, this party may garner some eight seats. The same goes for Tzipi Livni’s brand-new “the Movement”, cobbled together at the last moment.

Meretz is a loyal old party, saying all the right things, unblemished by corruption. Unfortunately it has the lackluster charisma of an old kettle. No exciting new faces, in an age where faces count more than ideas.

The communists are considered an “Arab” party, though they do have a Jewish candidate. Like the other two “Arab” parties, they have little clout, especially since about half the Arab citizens don’t vote at all, out of indifference or disgust.

That leaves Labor. Yachimovich has succeeded in raising her party from the half-dead and imbued it with new life. Fresh new faces enliven the election list, though some of the candidates don’t speak with each other. In the last few hours, Amir Peretz, the former Minister of Defense, left Shelly for Tzipi.

But is this the new opposition? Not if it concerns little matters like peace (a word not to be mentioned), the huge military budget (ditto), the occupation, the settlers ( Shelly likes them), the Orthodox ( Shelly likes them, too). Under pressure, Shelly concedes that she is “for the two-state solution”, but in today’s Israel that means next to nothing. More importantly, she categorically refuses to undertake not to join a Netanyahu-Lieberman coalition.

It may well turn out that the victor of the elections, six weeks from now, will be Avigdor Lieberman, the man of the cold revenge. And that will be the beginning of a new chapter altogether.