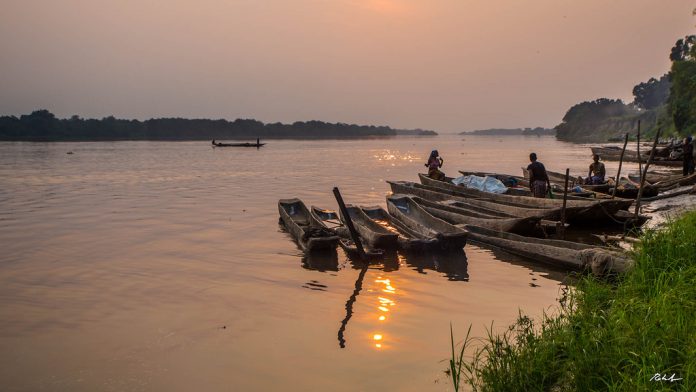 ‘Half a loaf is better than no bread’ is what you tell yourself to justify giving in to a rotten deal, and there’s a choir of African leaders singing that chorus now.

They pretend to be celebrating the elevation of Felix Tshitsekedi to the presidency in the Democratic Republic of Congo (the big Congo), but they are privately lamenting it while accepting that it is probably the least bad option now.

Felix Tshisekedi is the 55-year-old son of Etienne Tshisekedi, the founder of the Union for Democracy and Social Progress, the DRC’s main opposition party. For 25 years he defied the dictators who have robbed and ruined the country, spent much of his life in exile, and became a national hero. He died last year.

Etienne Tshisekedi was never keen to see his son succeed him, fearing that Felix lacked the ability and commitment to lead the party, but in March he was chosen as Etienne’s successor by the party’s leading members. And last November, he showed his true colours. The current dictator, Joseph Kabila, had to leave power at least for a while, since the constitution allows presidents only two consecutive five-year terms. He could legally come back after another five years, but in the meantime, he had to find a presidential candidate who would do his bidding and keep his seat warm.

The official candidate was duly named – an associate of Kabila’s called Emmanuel Shadary – but it was clear that a single opposition candidate might win the presidency if the vote was fair. The DRC’s 84 million people are sick of living in a potentially rich country where most people are desperately poor even by central African standards.

So all the opposition parties got together in November to pick a single presidential candidate. Felix Tshisekedi was there and went along with it when they chose that candidate, Martin Fayulu. But the following day he broke with the other opposition parties and declared his own candidacy.

Was it just pique, or did he get a better offer? In retrospect, it was probably the latter.

The presidential elections were duly held at the end of December, and to everybody’s astonishment, Tshisekedi won. The official candidate, Shadary. came last. So why isn’t everybody celebrating the triumphant return of democracy to the Democratic Republic of Congo?

Because nobody believes the numbers. Opinion polls before the vote had Fayulu winning with between 39% and 43% of the vote, Tshisekedi coming a distant second with between 21% and 25% and official regime candidate Shadary straggling in with only 14%-17.

So the united opposition should have won – but it didn’t.

Fayulu was leading Tshisekedi by almost two-to-one in the opinion polls. How and why did it come to pass that the official results gave Tshisekedi 38% of the vote and Fayulu only 34%?

Fayulu cried foul. The African Union said it had “serious doubts” about the result and announced that it was sending a delegation to the DRC. And the influential Catholic Church of the DRC, which deployed 40,000 election observers, reported that the official results did not match its findings.

It appears that Kabila seduced Felix Tshisekedi with the promise of the presidency, and made sure the voting results came out in his favour. It was a stroke of political genius, because it actually looks like the opposition won. It didn’t.

As soon as Tshisekedi’s victory was ‘confirmed’, he declared that “I pay tribute to President Joseph Kabila. Today we should no longer see him as an adversary, but rather, a partner in democratic change in our country.” And almost everybody outside the DRC is sorrowfully going along with the deceit.

The African Union has ‘postponed’ its mission to the DRC indefinitely, and two respected African leaders, Kenya’s President Uhuru Kenyatta and South Africa President Cyril Ramaphosa, have sent Tshisekedi their congratulations. The southern African regional group SADC has also welcomed Tshisekedi’s ‘victory’, and urged all Congolese to support the president-elect in his bid to maintain “unity, peace and stability”.

That’s the heart of the matter. Public protests over the rigged election will be met with massive violence, and risk tumbling the DRC into another catastrophic civil war. At least this will be the country’s first non-violent transfer of power, so the rest of Africa is telling the Congolese to swallow their pride and bide their time. Half a loaf is better than none.