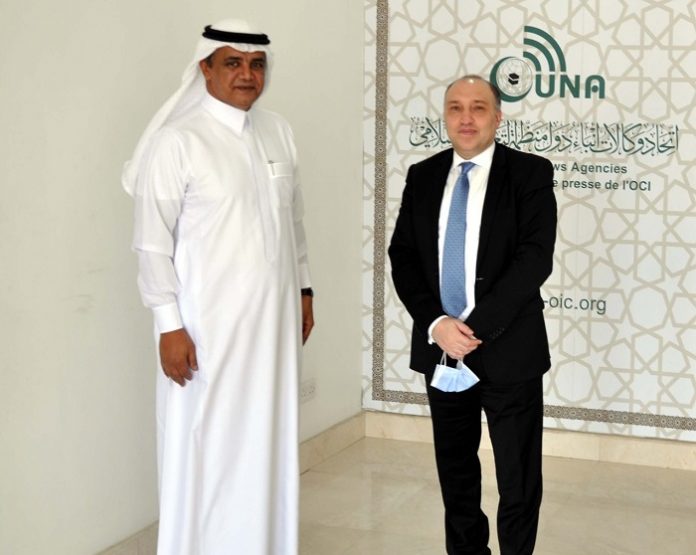 The meeting delt with the transformation stages that the Union has gone through regarding news coverage of Member States of the Organization of Islamic Cooperation (OIC) as well as the cultural relations among them, and the issues of the Islamic world.

Al Yami briefed the Lebanese diplomat on the Union’s role in providing strategic media consultancy to member states through representatives of the official national news agencies, in addition to its plan to hold a series of training sessions in the coming period.

Meanwhile, Al-Yami valued the support provided to the Union’s plans by Saudi Media Minister, Chairman of the UNA Executive Council Dr. Majid bin Abdullah Al-Qasabi, and Acting President of the Saudi Press Agency (SPA) Dr. Fahd bin Hassan Al Aqran, who serves as Deputy Chairman of the Executive Council. This is in order to enable the Union to act as a major media platform for member states, and to advance the media industry, proceeding from the Islamic and media values that encourage transparency, credibility and tolerance.