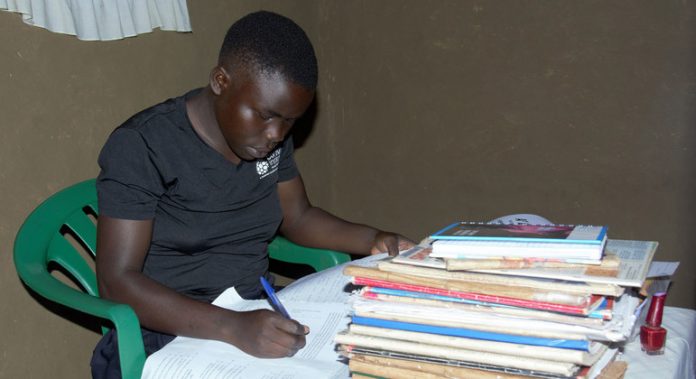 The study is based on findings from surveys on national education responses to the global crisis carried out in nearly 150 countries between June and October.

Children in low-and lower-middle-income countries have lost nearly four months of schooling since the start of the pandemic.

“We don’t need to look far to see the devastation the pandemic has caused to children’s learning across the world. In low and lower middle income countries, this devastation is magnified as limited access to remote learning, increased risks of budget cuts and delayed plans in reopening have thwarted any chance of normalcy for schoolchildren”, said Robert Jenkins, UNICEF Chief of Education, adding: “Prioritising reopening schools and providing much-needed catch-up classes are critical.”

Students in low and lower middle income countries were least likely to access remote learning, the report revealed.  They also were most likely to experience delays in school openings and to attend schools with inadequate resources to ensure safe operations.

While schools have fully or partially reopened in more than two-thirds of the countries surveyed, one in four have missed their planned reopening date or have not yet set a date for classes to commence.  Most of these schools are in low and lower middle income countries.

Additionally, of the 79 countries which responded to questions on financing, nearly 40 per cent in low and lower middle income nations have either already experienced decreases in the national budget for education, or anticipate cuts, for the current or coming fiscal year.

Furthermore, half of respondents in low income countries said they do not have adequate funds for COVID-19 safety measures such as handwashing facilities or protective equipment for students and teachers, compared to five per cent of high income countries.

“The pandemic will notch up the funding gap for education in low and middle income countries. By making the right investment choices now, rather than waiting, this gap could be significantly reduced”, said Stefania Giannini, UNESCO Assistant Director-General for Education.

“At the Global Education Meeting convened by UNESCO with Ghana, Norway and the UK on 22 October, some 15 heads of state and government, close to 70 education ministers and development partners, committed to protect education funding and act to safely reopen schools, support all teachers as frontline workers and narrow the digital divide. This holds us all to account.”

The report also showed that nearly all countries have included remote learning in their education response, namely via online platforms, television and radio programmes, and take-home packages.

Most countries, or nine out of 10, have facilitated access to online learning, usually through mobile phones or by offering internet service at subsidized or no cost, though coverage was “extremely varied”, according to the authors.

Parents in six out of 10 countries also received materials to guide them in home-based learning, while four in 10 countries provided psychosocial counselling to children and caregivers during school closures.  These efforts occurred mainly in high income countries and in areas where resources were readily available.