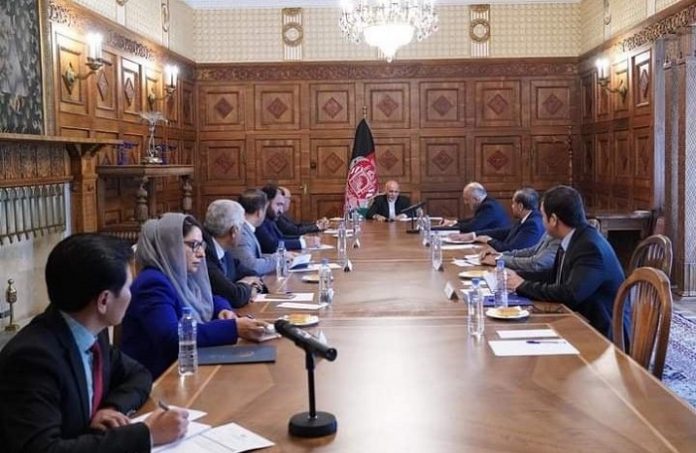 During the meeting, the negotiating team first reported on their meetings with the ICC, saying the Court agreed that the Afghan government would review a number of cases, and the next steps in this regard, according to the statement.

While appreciating the delegation’s efforts, President Ghani welcomed the Afghan Government’s mandate to review some cases. He said that the capacity of the justice sector to review national and international criminal cases should be enhanced, asking the judiciary to increase their coordination in the field.

The president, as quoted in the statement, added that cooperation with the ICC should continue. “From now on, human crimes and terrorist attacks on the people will not go unpunished, and the Government of Afghanistan, in cooperation with the International Criminal Court, will not ignore human crimes in cases such as the terrorist incidents in Logar and Kabul and the perpetrators would be prosecuted.”