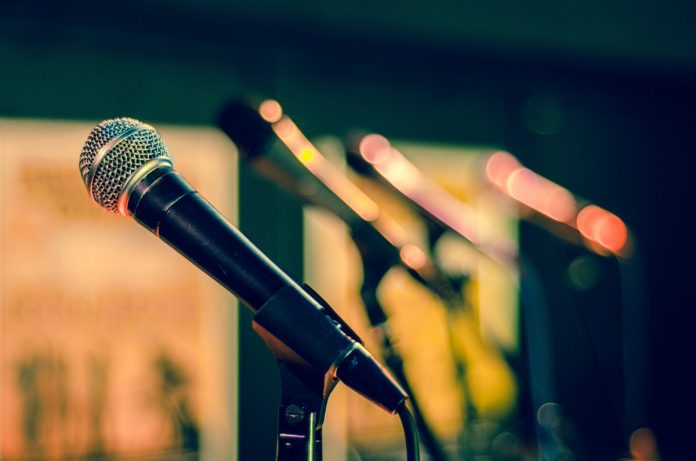 In the time of the world wide web,  where consumers become habituate with various free internet proving services, the news itself becomes the victim of circumstance as few people would prefer to pay for news channels and also newspapers. The increasing number of free-to-air (FTA) television channels has fulfilled the demand for millions of news consumers. But slowly the FTA is also losing its market space with the invasion of internet television (news portal with audio-video packages) across the globe.

As satellite news channels in various regional languages are booming in India, questions relating to their consistency and sustainability also become pressing. With a population of over one billion, India today supports more than 800 satellite television media outlets, half of them are news & current affairs channels and most of them face the crisis of credibility.

According to the Union information & broadcasting ministry in New Delhi, over 410 privately-owned Indian news channels survive telecasting news and news-related content in various languages including English. Most of them are registered as FTA media outlets, but even though the news-broadcasting industry in India is a rupee 20 billion worth business (70 rupees = 1 USD).

As these news channels carry the FTA tag, they are not entitled to ask money from the viewers. This implies that the news and other programs, which are produced and telecast by these channels, mean for free consumption to the audience. The consumers have to pay only to the distributors either the cable transmission agencies or the direct to home (DTH) operators.

The operating cost of these FTA  news channels is seemingly managed from the advertisement revenues. Indirectly it means, not the viewers but the advertisers always enjoy a say (influence) in the content of news channels irrespective of its merit and authenticity. So it is well-taken that totally dependent as they are on advertisement revenue, it is difficult to imagine how the television channels can pursue ethical, credible and impartial journalism.

Northeast India with a population of over 60 million today hosts many privately owned satellite news channels including News Live, DY365, Pratidin Time, Prag News, Assam Talks etc with a few entertainment and localized cable news channels. These channels, none is paid or payable in nature, beam news & other programs mostly in Assamese, English, Hindi and other regional languages.

The region supports hundreds of newspapers, published in various frequencies and different languages like English, Assamese, Hindi, Bengali, Bodo, Meitei, Khasi, Mizo etc to cater to the need of dedicated readers. Most of the newspapers nowadays start websites to expand their visibility almost across the world. Some have also developed both portals as well as e-papers for the benefit of readers taking advantage of cheaper internet access in the country.

The proprietors of Guwahati-based FTA television channels are unanimous in claiming that they have to pay around rupees  10 million, which is one-tenth of their annual expenditure, to cable network agencies every year for facilitating distribution of their programs to the viewers.

Similarly, the privately-owned  DTH service providers also ask for a similar amount of money from these news channels for providing space into their packages. It means the channel owners are overburdened with expenditures from production to distribution.

But the cable television operators’ association in Guwahati argues that they have a legitimate right to receive money from the channel owners as ‘carriage fee’ every year. They even claimed that the carriage fee is lawful under the guidelines of the Telecom Regulatory Authority of India and the Indian Union information & broadcasting ministry.

The operators’ association also pointed out that they were running the business with a lot of market risk & troubles. They also expressed displeasure over the directive of Assam power distribution company limited to charge money regularly from the cable agencies against the use of electric poles on roadside laying their wires to the subscribers across the State.

On the other hand, there is no clarity on how much money a private DTH operator in India asks from the  FTA channels. However, it is for sure that those service providers namely Dish TV, Tata Sky, Airtel Digital TV, Videocon D2H, Sun Direct, Reliance Digital TV, BIG TV etc always select a bunch of channels with the motive of financial benefit only. They would hardly pay regard to the commitment of those television channels to the subscribers in general.

In India, the private DTH services have already completed a decade, where Dish TV got the license from the Union government in 2003 to operate in the country. Initially concentrated on the rural market of India, where the cable operators are not visible even today, soon the DTH operator encroached into the city and metros.

By 2006, Tata Sky had joined in the competition with a high-quality signal and a lot of choices for the subscribers to select their package of channels. The rest of the DTH operators had stepped into the business in and after 2008 to give a huge boost to the Indian television distribution market.

Media forums including Electronic Media Forum Assam (EMFA) and Journalists’ Forum Assam (JFA) continue raising voices for reforming the distribution system of local news channels. They argue that the monetary transaction between the channel owners and cable network operators as well as private DTH authorities should be made accountable under the country’s income tax laws.

When an FTA news channel has to spend for everything including the production and distribution of its news (plus other programs) to the subscribers without claiming even a rupee, the entire expenditure has to be compensated from the advertisements and then the commitment of them to the viewers can always be at stake.

Perhaps, it is the time to have few payable news channels in various regional languages, so that they can survive with the contributions from the subscribers. Till the internet television dominates the space, the news channels with a transparent and dedicated management may function without diktats of anybody, when the conscious viewers would prevail over them and finally those media outlets might be  transformed into credible sources for news and views.

Need not to mention that internet media outlets have cleverly combined both the flavor of newspapers and news channels. Here the readers (also viewers) can have a text in words and also audio-visual inputs. In the long run, these outlets, available in the expanded space of smartphones, may ruin the market of news channels and also newspapers to a greater extent. So the time has really come for the management of mainstream media outlets to reinvent their essences so that journalism lives longer.