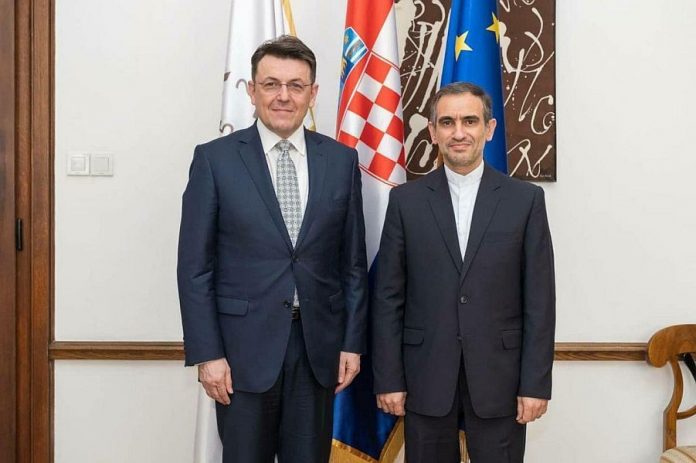 In a meeting with Iran’s Ambassador in Zagreb Parviz Esmaeeli, he added that maintaining economic standards at the same time not stopping infrastructure investments is a very big step for Iran in the face of sanctions.

“I was astonished by Iran’s economic capacities and facilities,” he said.

Esmaeeli, for his part, said that Iran and Croatia have great capacities for trade cooperation in the interest of both nations.

“Our biggest capital is deep respect and friendship between the nations of Iran and Croatia,” he said.

The ambassador called for maintaining and expansion of relations between the chambers of Iran and croatia as a private sector’s parliament, saying that in addition to national capacities, both countries also have a special regional location to have access to other markets.

Referring to the high volume of trade exchanges and good understanding of businessmen of the two countries about each other, Esmaeeli said that Iran and Croatia can start a new round of economic cooperation.