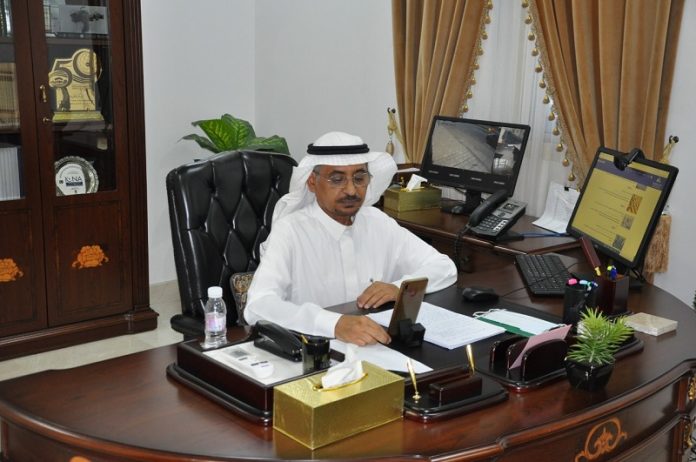 The event was held with the support of the Permanent Mission of the Russian Federation to the Organization Islamic Cooperation (OIC), and with the participation of a number of news agencies and media professionals from Russia and Muslim countries.

The conference discussed the prospects for cooperation between OIC countries and Russia in the media sphere, plans for potential cooperation with the involvement of interested organizations and departments, as well as the creation of a practical platform for meetings on a regular basis of the GSV specialists in the information sector.

At the opening of the conference, UNA Acting Director-General Ahmed bin Abdullah Al-Qarni delivered a speech, in which he stressed the importance of the meeting to activate joint media cooperation.

“I thank those in charge of the Group of Strategic Vision “Russia-the Islamic World” for their kind invitation to us in the Union to participate in this important conference that examines prospects for media cooperation between Russia and the Islamic world, and potential cooperation plans through the involvement of relevant organizations and departments,” Al-Qarni said.

He added that the Union, as a specialized international body operating within the framework of the OIC, attaches great attention to the topics of this conference.

“Today, as workers in the media and content industry, we need to cooperate in common issues and develop this cooperation to exchange experiences and facilitate the sharing of sober content and reliable information, especially in light of the repercussions imposed by the coronavirus pandemic on the news credibility, leading to the increased rumor-spreading,” said the UNA chief.

“This requires all of us to work together to achieve integration and enhance the important role of media in awareness creation, in order to develop our peoples and bridge the communication gap between them,” he stressed.

Al-Qarni said the Union takes pleasure in supporting the initiative of the conference to create a practical platform for meetings on a regular basis of the GSV “Russia-Islamic World”, as well as in participating in the “VI International Forum of Muslim Journalists and Bloggers”, to be held by the GSV in 2021.

In the conclusion of his speech, the Acting Director-General expressed his aspiration for this conference to redraw a new path for cooperation in common issues and come up with recommendations that reinforce it.