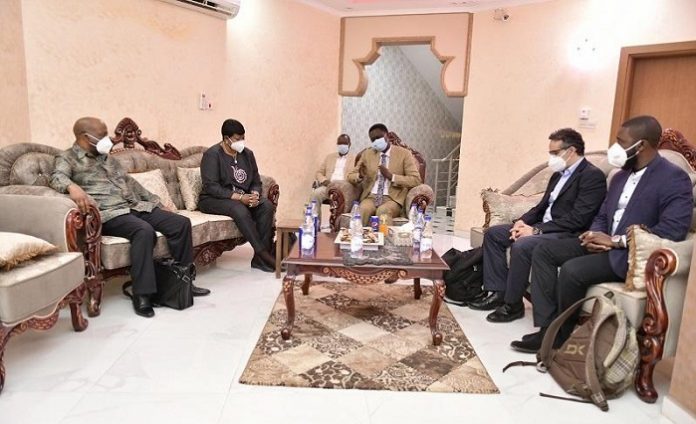 Khartoum (UNA-OIC) – Governor of Sudan’s Darfur Region Meni Arko Menawi met here on Saturday with Prosecutor of the International Criminal Court (ICC) Fatou Bensouda, and appreciated her stance that aims to prosecute the perpetrators of war crimes and crimes against humanity.

In a press statement after the meeting, Menawi praised Bensouda’s concern and standing alongside the victims of war and genocide in the western Sudanese region of Darfur. He stressed the importance of handing over all the criminals accused of committing crimes against humanity in the region to The Hague-based ICC.

The Sudanese official called on the judicial authorities to expedite the application of the law on the perpetrators of the Darfur crimes for achieving the goals of the revolution. He also expressed his thanks and appreciation to Bensouda, who is scheduled to visit Darfur war victims and listen to them.

On her part, the ICC Prosecutor said that the court has already begun investigating the cases of war crimes and genocide, indicating that she will visit Darfur for this purpose.

Bensouda underlined that her visit and the accompanying ICC team to Darfur will be an opportunity to identify the conditions of the victims on the ground. She thanked everyone who cooperated with the ICC to have justice done, spelling out that she will leave Sudan but her team to will stay to achieve justice and enforce the law.