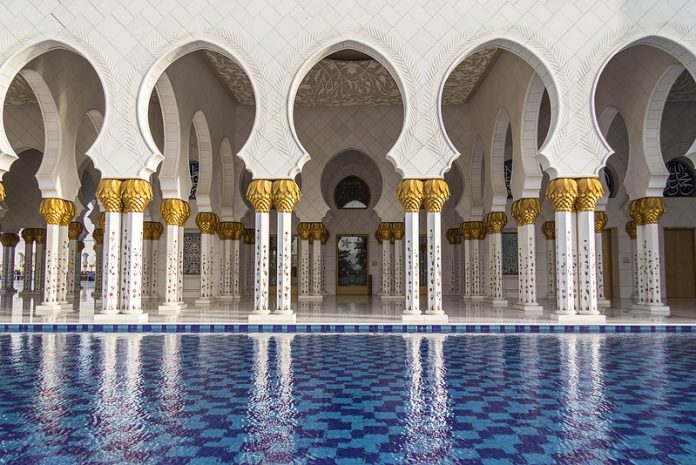 Ever since we learned that eighty percent of self-described “born-again” Christians supported Donald Trump’s candidacy for president, there has been a discussion about how these Christians define their faith. This debate recently intensified when an even greater percentage of Alabama’s “born-again” Christians voted for Roy Moore in that state’s Senate contest. At stake in this discussion are critical issues about how believers understand and practice being Christian.

It is important to note that this matter of understanding how people define and practice their faith is not unique to Christianity. It is a question being addressed by scholars in every religion.

A few weeks ago, I was in Abu Dhabi speaking at the 2017 Global Peace Forum convened by H.E. Sheikh Abdullah Bin Bayyah. The Sheikh annually invites Muslim scholars, leaders, and government officials dealing with religious affairs together with Christian and Jewish figures to engage in dialogue on issues related to peace, tolerance, moderation in religion, and dialogue among the world’s faiths.

I was asked to prepare a presentation for the Forum on how Arab Muslims view their faith and how their self-definition corresponds with their attitudes toward social and political life.

While I have a Ph.D. in Comparative Religions, I am also a pollster and have been surveying attitudes across the Middle East for over a decade and a half. And so, as I set out to examine how Arabs understand what it means to be religious, I thought it best to ask the question in polls and let a self-definition emerge from their responses.

During the past two years, we have been engaged in an exhaustive examination of the attitudes of Arab Muslims toward their religion. We have looked at how they understand their faith, how they practice it, and how they see its role in relation to the state and society.

What the poll data demonstrated was that not all Muslims are the same. There are differences, from country-to-country, in how they understand their faith and how they see its role in their lives and societies. What was interesting were the absence of any significant differences in the overall attitudes among demographic groups (age, gender, education, or income). The major differences we found were attitudinal—mainly between those who self-described as “very religious” or those who self-described as “moderately religious” or less. The differences between these two groups are profound.

Those who say they are “very religious” are more formalist in their view of their faith and more observant of rituals (we termed them “formalists”). They pray more often, go to their mosques more frequently, spend more time listening to religious programming, and consulting fatwas. They also say that they are less tolerant of other faiths and sects and have a negative view of modernity.

The size of these self-described “very religious” varied from country-to-country. They were one-half of all Saudis, two-fifths of Tunisians, but only about one-quarter of Emiratis, Moroccans, and Egyptians.

Finally, it is with some concern that we note that those who say they are “very religious” are somewhat more inclined than their compatriots to see extremist groups like Daesh or al Qaeda to be “mostly right”, while disagreeing with things they have done.

On the other hand, the second group we identified in our studies, are those who describe themselves as “moderately religious” or less. The size of this group also varies from country-to-country. They are three-quarters of Emiratis, Moroccans, and Egyptians, three-fifths of Tunisians, and one-half of all Saudis.

This group says that they pray and go to their local mosque “as often as they can” and do not report listening often to religious programming or consulting fatwas (we termed them “adapters”). They also say they are more tolerant of other faiths and sects and have a positive view of modernity.

Self-described “moderately religious” Muslims strongly support the view that their own countries are moving in the right direction. Rather than the rigid ritual observance, they tend to support the notion that religion should lead one to live a better more moral life. They believe in the civil nation state and maintain that religious groups should focus on promoting spirituality, not governing and hold the view that when religious groups have governed, they have made their countries weaker and ineffective in protecting the rights of all citizens. Logically then, these “moderately religious” Muslims do not support a strong role for the state in religious affairs. And they believe that the state should act “in the spirit of Sharia” or as a civil institution.

Finally, this group of Muslims is largely inclined to see extremist groups like Daesh or al Qaeda either as “not Muslims” or as a “misguided perversion of Islam”.

In making my report to the Forum, I noted that we, as pollsters, were not defining what it meant to be “very religious”, we were simply reporting the shared views of those who described themselves that way. If those who heard or read our report feel that some respondents have a skewed or distorted view of religion, it is up to scholars and religious leaders to challenge this discourse in order to move the faithful to a different understanding of their religion.