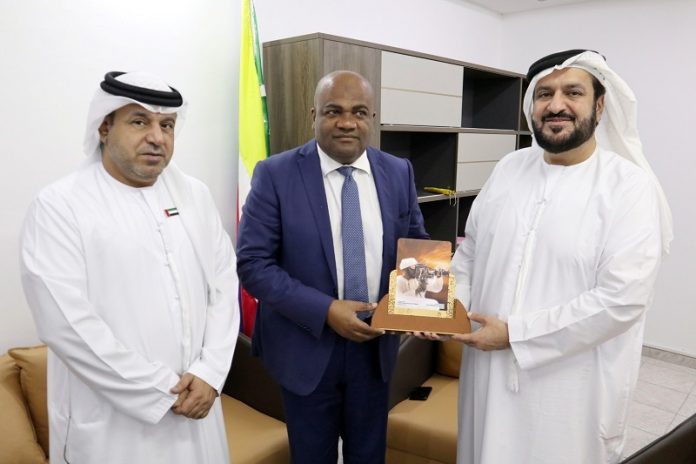 Saeed Mohammed Saeed Al Maqbali, UAE Ambassador to the Comoros, also attended the meeting, during which he stressed the keenness of the UAE’s leadership and government to strengthen the cooperation between the two countries and boost their bilateral relations.

Al Rayssi underscored the importance of such meetings in exploring prospects for promoting media cooperation between WAM and media outlets in the Comoros. He also highlighted WAM’s leading experience in providing real-time coverage of worldwide events, while offering rich content in over 19 languages and has an advanced technological infrastructure.

For his part, the Comoran minister of information lauded the growing ties between the two countries, especially in economic and investment areas.

The ministry is keen to strengthen its cooperation with Emirati media outlets, as well as enhance cultural exchange and training programs, he noted, adding that the UAE is an exemplary model in several fields, including media.

The WAM delegation visited several local media outlets in the Comoros, including the Comoran official channel, to discuss ways of exchanging expertise and boosting their media cooperation.