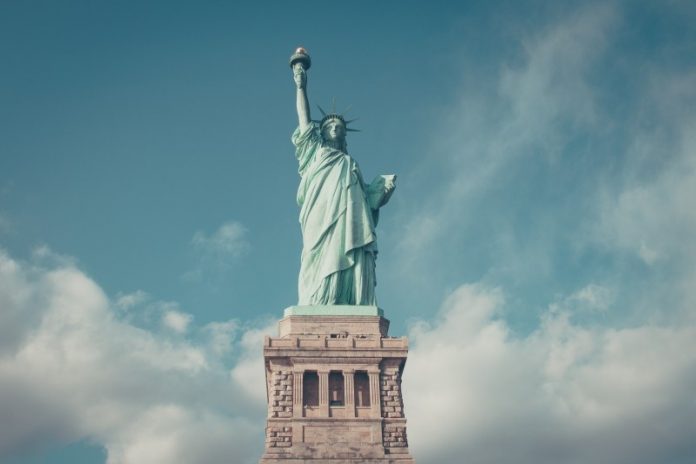 This past week, I participated in a press conference on the steps of the Supreme Court sponsored by the National Commission for Voter Justice (NCVJ). We were sounding the alarm that America is in the midst of a slow-moving “soft coup” engineered by Republican operatives, bankrolled by billionaires, that is threatening to erode our democratic institutions.

Unlike a quick military takeover by disgruntled officers, this power-grab is cleverly and stealthily using political tools to undercut the very foundations of our democracy.

Among the tactics being used are: legislation to make it more difficult to vote, the use of big money to skew the political climate and secure undue influence, and the gerrymandering of Congressional and State Legislative Districts.

On the state level, Republican-controlled legislatures have engaged in a systematic effort to make it increasingly difficult for people to exercise their right to vote. According to the Brennan Center for Justice, “Starting after the 2010 election, legislators in nearly half the states passed a wave of laws making it harder to vote.” Among these laws were the introduction of strict voter ID laws, reducing the time frame in which individuals could register to vote, purging voting rolls of infrequent voters, and tightening of residency requirements making it more difficult for students and the homeless to register and vote in their places of current residency. So far, 23 states have passed such restrictive voting laws, 14 of which were introduced in 2016 alone. All of these efforts combined have had the effect of making voting more difficult for the elderly, the poor, students, and minority communities. And they are not finished since there are currently 99 additional proposed bills restricting voting rights pending, nationwide.

With the 2010 Supreme Court decision to remove any limits on political contributions to parties, efforts to influence legislation and, indirectly, to support electoral campaigns, a handful of individuals have spent billions of dollars to gain influence with particular candidates, to promote their legislative priorities, and to shape the political climate through negative advertising. The Koch brothers, for example, have funded the institutions that have engineered these voter suppression efforts in state legislatures, have made massive contributions to political action committees supporting Republican candidates, and have sponsored paid advertising campaigns promoting their anti-regulation agenda—calling for the removal of government policies that have protected consumers and the environment, and insured the safety, health, security, and well-being of millions of Americans.

As a result of the insidious practice of gerrymandering, congressional and state legislative district maps have been redrawn to make it easier for Republicans to win elections. By corralling Democrat-leaning Black and Latino voters into weirdly shaped districts—that oftentimes stretch snake-like across hundreds of miles—the remaining districts have become safer for Republican candidates. An additional consequence of this redistricting has been to contribute to political polarization since candidates in “safe” Republican and “safe” Democratic districts have less incentive to appeal to diverse constituencies and instead shape their policies to reach their “base” supporters.

It was precisely to confront these heavy-handed tactics that have distorted our democracy and threaten to disenfranchise millions of voters, that Reverend Jesse Jackson launched the NCVJ. I am proud to be serving as one of its two dozen founding Commissioners.

The Commission states its purpose quite simply: to fight voter suppression and promote voter participation in order to safeguard and expand America’s democratic institutions. As part of its mandate, the Commission will conduct hearings, nationwide, conduct research and educate the public about the effort to constrict democracy, and register and mobilize voters to defeat the insidious campaign of voter disenfranchisement.

This coming week, the Commission will conduct one of its initial public events in Detroit, Michigan. We will discuss barriers to voting and hear testimony from local leaders about specific difficulties they have faced in their communities. Because Michigan is home to one of America’s largest concentrations of Arab Americans, one of our leaders will present testimony about the ways that voter suppression and political exclusion have historically impacted Arab American voter participation.

We are aware of the magnitude of the challenges we face. America’s democracy and the rights and well-being of millions of our fellow citizens are at stake. We dare not fail.