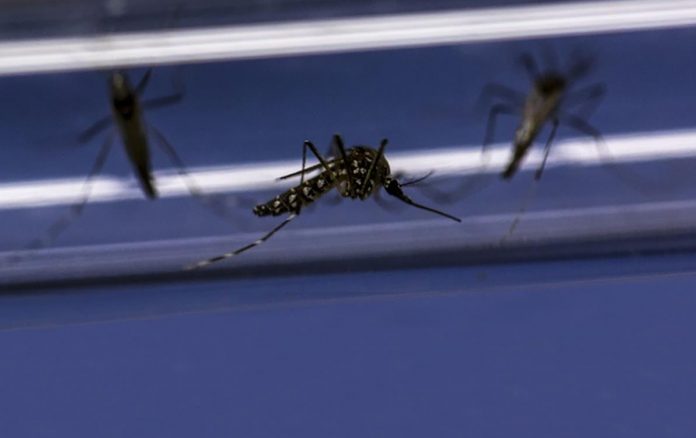 A three-year trial in Indonesia has produced encouraging results that show a significant reduction in the number of dengue cases. It involved the release Wolbachia-infected Aedes aegypti mosquitoes in and around the dengue-endemic city of Yogyakarta.

The study found that in the city and surrounding areas where the infected mosquitoes were released the number of cases of dengue decreased significantly compared with parts of the city where they were not.

The trial – conducted by the World Mosquito Program in close collaboration with the Tahija Foundation and the Gadjah Mada University in Indonesia – tested Ae. aegypti mosquitoes carrying Wolbachia for their capacity to inhibit transmission of dengue virus.

The results will be submitted for evaluation during the next meeting of the WHO Vector Control Advisory Group in December for experts to formally assess the impact of the strategy based on the results of the trial and associated studies.

As there are few effective sustainable tools available to combat Aedes-borne diseases, all new tools that demonstrate public health value against dengue and similar viruses will be a welcome addition to the vector control arsenal.

Wolbachia are intercellular natural symbiotic bacteria in insects that are known to reduce the capacity of Ae. aegypti to transmit dengue virus and related viruses under laboratory conditions. However, epidemiological evidence has been awaited to demonstrate the large‐scale deployment of Wolbachia-infected Ae. aegypti in reducing the overall frequency of transmission of dengue virus within a population; the results of the study from Indonesia are therefore of great interest.

Dengue is a mosquito-borne viral disease that has rapidly spread in all regions of WHO in recent years. The incidence of dengue has grown dramatically worldwide in recent decades. The virus is transmitted by female mosquitoes mainly of the species Ae. aegypti and, to a lesser extent, Ae. albopictus.

The number of dengue cases reported to WHO increased more than 8-fold over the past two decades, and dengue is the only communicable disease that has increased exponentially with rapid urbanization and environmental changes. The vast majority of cases are asymptomatic or mild and self-managed; hence, the actual numbers of dengue cases are under-reported.

The world relies heavily on vector control, and conventional methods have limited impact. Lack of funds for operational research and the paucity of strong evidence for sustained interventions continue to undermine global control efforts.