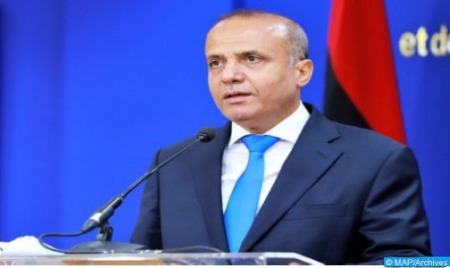 Tunis (UNA-OIC) – Deputy Chairman of Libya’s Presidential Council (PC) Abdullah Allafi has commended the “major role” played by King Mohammed VI of Morocco in the settlement of the Libyan conflict.

In an interview with Agence Marocaine de Presse (MAP) on the sidelines of a visit to Tunisia, Allafi said King Mohammed’s efforts and support for the consensus project between all Libyan parties since 2014 have led to the signing of the Skhirat agreement and the formation of a presidential council.

He also stressed the “positive role” that Morocco has been playing for years to find a way out of the Libyan crisis. “Morocco has greatly contributed to bringing together the points of view of the Libyan parties, in particular through the first dialogue forum in Skhirat (2015).”

He recalled that his visit to Morocco about a month ago was an opportunity to discuss with Minister of Foreign Affairs, African Cooperation and Moroccans Abroad, Nasser Bourita, the developments of the situation in Libya, deeming this trip as “very positive”.

Allafi underlined Morocco’s position that calls for holding of the Libyan elections on December 24 and respect for the roadmap and the will of the Libyan people.