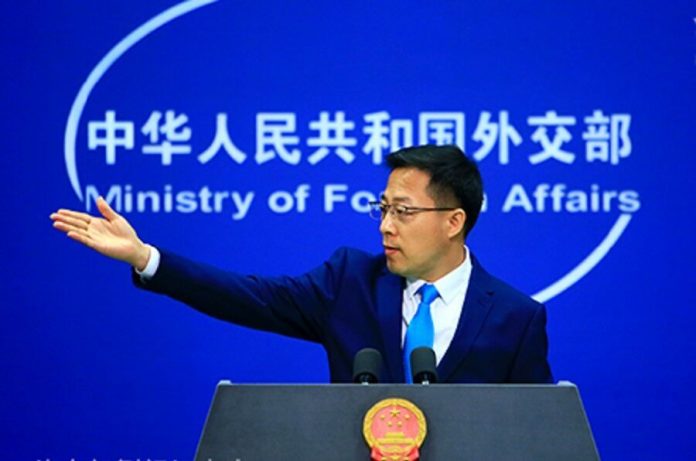 “China supports the IAEA in playing its role in an objective, professional and neutral manner in verifying Iran’s compliance with its safeguards obligations,” Lijian said addressing the Monday press conference.

“We are against politicizing its work. The IAEA explicitly states that the safeguards issue is neither urgent nor poses a proliferation risk,” he added.

“The Iranian side also expressed its clear wish to resolve issues through dialogue with the agency,” he noted.

“Under such circumstances, China does not approve of actions that artificially exacerbate tensions and escalate the situation,” Chinese diplomat said.

“We hope relevant parties will remain calm, exercise restraint, and support Iran and the IAEA in resolving differences through dialogue and cooperation.”

“On the Iranian nuclear issue, China’s unwavering aim is to uphold the JCPOA, multilateralism, peace and stability in the Middle East, and the international order based on international law.”

“We stand ready to work closely with relevant sides for the political and diplomatic settlement of the Iranian nuclear issues,” he reiterated.

In spite of serious opposition by Russia and China, E3’s anti-Iran resolution was approved in IAEA BoG meeting today.

Meanwhile, in response to the adoption of the proposed resolution of the three European countries in the Board of Governors of the International Atomic Energy Agency (IAEA), Iran’s ambassador to the Vienna-based international organizations Kazem Gharibabadi stated that the Islamic Republic of Iran completely rejects the resolution of the Board of Governors, adding that It will take appropriate and necessary reaction to it.