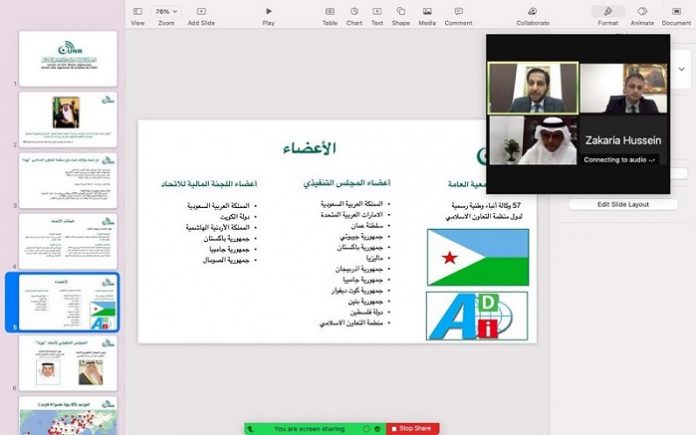 The meeting, which was held virtually, witnessed an explanation of the Union’s vision for the coming years, which revolves around the role of UNA as a major media platform for member states, as well as for the advancement of the media industry, based on Islamic and media values ​​that encourage transparency, credibility, and tolerance.

The meeting also reviewed the role of UNA in providing strategic media consultancy to member states through representatives of official national news agencies, in addition to the Union’s plan to hold a series of training sessions during the coming period.

For his part, Bamakhrama renewed Djibouti’s support for the Union, in order to perform its role in an optimal way. He also stressed his country’s readiness to support any media activity that the Union aims to implement, especially activities targeting East African countries.

The Djiboutian diplomat further indicated that activating the tools of Islamic action, particularly the media, is paramount to serve Islamic causes, noting that the Union is worthy of this role. He suggested the possibility of benefiting from social media activists by holding forums and media events, to disseminate the strategic visions that the Union wants to implement in the service of Islamic causes.