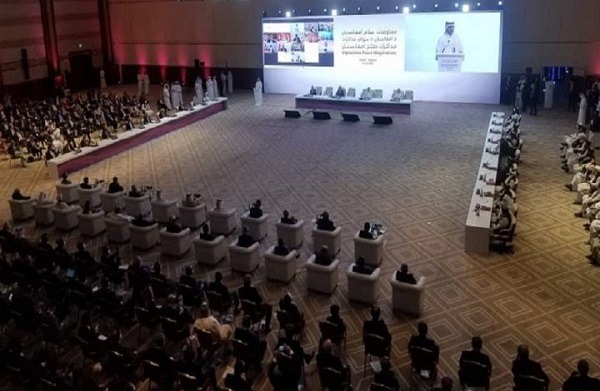 Kabul (UNA-OIC) – A multilateral meeting on the Afghan peace process convened in Qatar’s capital Doha on Tuesday, with participating parties calling for a political settlement to achieve enduring peace in Afghanistan.

The meeting saw attendees from China, the United States, the United Kingdom, Pakistan, Uzbekistan, the United Nations, and the European Union, Reuters reported.

Representatives of all parties agreed that a political solution through negotiation is the only way out for Afghanistan, and its sovereignty, independence and territorial integrity must be respected at the same time.

According to Reuters report, the meeting also called for agreements on fundamental issues reached by all sides in a timely manner to jointly promote peace and stability in Afghanistan, and ultimately achieve a permanent and comprehensive ceasefire and form an inclusive government in the country.