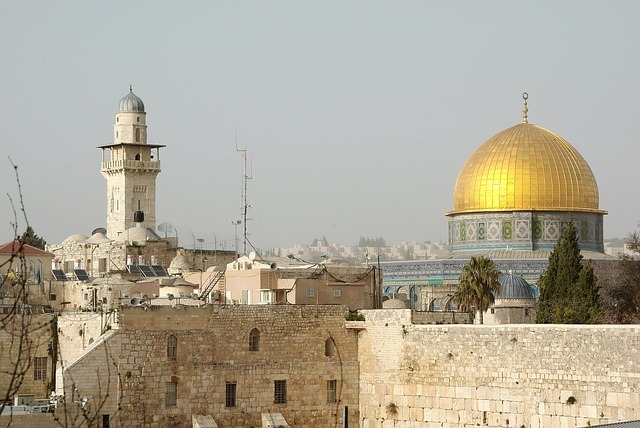 Because we should care about what people are thinking about critical issues, polling is important. It opens a window so we can hear the voices of public opinion and make intelligent policy decisions.

Sometimes, poll results affirm what we believe to be true and we feel gratified. On other occasions, the findings run counter to our expectations and we face a dilemma. We can either examine why our assumptions were mistaken or we can ignore the results that ran counter to our expectations and denounce the pollster. Shooting the messenger might make you feel good, but by ignoring information we don’t like we run the risk of making a bad situation worse.

I am prompted to write this piece because I’ve been reading criticisms of the UAE-Israel accord, many of which raise valid concerns about Palestinian rights and Israeli impunity. But what has troubled me are those critics who say that this agreement is out of sync with “the overwhelming majority of Arab public opinion” on how to achieve Palestinian rights. This is unfortunately not true. Attitudes across the Arab World have undergone a dramatic change in the past few years and this new political reality must be understood.

In the past two decades, I’ve polled Arab opinion across the region. One constant has always been the centrality of Palestine. In 2002, for example, we found that this issue was ranked, along with employment and health care, one of the three top political concerns in most Arab countries (especially in Egypt and Saudi Arabia). It remained a priority up until a few years ago.

In September of 2019 we, at Zogby Research Services (ZRS), conducted another of our omnibus polls across the Arab World. Much of what we found was expected – with regard to Syria, Iraq, the failure of the Arab Spring, and concerns about Iran’s behavior in the region. What shocked me was the sea of change in attitudes toward the Israeli-Palestinian conflict. It ranked in the bottom tier of priorities in every country.

Our findings showed that most Arabs still fault the US and Israel for the failure to resolve the Israeli-Palestinian conflict and continue to support the Arab Peace Initiative (API). But while a significant number in all countries affirmed their support for the API, they also said that Arab states should be doing more to advance this initiative. What was striking was that significant majorities in Egypt, Jordan, Saudi Arabia, and the UAE felt it would be desirable for some Arab states to pursue normalization even without peace. The opinion was evenly divided in Lebanon, with four out of ten Palestinians also agreeing.

These responses were so out of line with previous results, that we repolled this question and followed it with open-ended questions to learn why respondents thought that normalization might be desirable. Our repolling reaffirmed the initial findings and the qualitative responses to the “opens” were instructive.

Many indicated frustration with the failure of Arabs to bring about justice for Palestinians and concern that the conflict was taking too many lives and causing too much suffering. There was also deep frustration with the Palestinian Authority and a sense that maybe with normalization Arab states would gain some leverage over Israel enabling them to help secure rights for the Palestinian people. It was important to note that while in response to other questions in the survey, Arabs made clear their concern with Iranian behaviors, this issue never factored into their calculations about the desirability of normalization.

In June of 2020, in the midst of the furor over Israeli Prime Minister Netanyahu’s threat to annex much of the West Bank, we went back into the field to test Arab opinion on the question of normalizing before peace. The UAE Ambassador to the US had just published an op-ed in an Israeli daily warning that Israel could have either normalization or annexation, Jordan’s King Abdullah had issued a dire warning about the consequences of annexation, 19 EU ministers had threatened sanctions if Netanyahu went ahead with his plans, and leading Democrats in Congress had sent a letter stating their opposition. We polled in five Arab countries (Egypt, Jordan, Palestine, Saudi Arabia, and UAE) and Israel.

We found that significant majorities across the board believed that resolution of the conflict was important and was hopeful that a solution could be found in the next five years. These two factors combined led pluralities in four of these countries (except Palestine) to say they wanted to explore new approaches to convince the Israelis of the benefits of making peace with the Palestinians. They, therefore, favored some normalizing of ties with Israel as a means of breaking the deadlock. With this in mind, majorities in these same countries said that they supported the initiative taken by the UAE Ambassador to counter Israel’s threat of annexation. And decisive majorities expressed the strong view that if Israel proceeded to annex, then any steps toward normalization should end.

Palestinian respondents were less supportive of normalization with only one-third favoring this approach. Nevertheless, almost six in ten Palestinians said that normalization would be desirable if it led to increased trade, investment in healthcare and education, and helped to further shared interests in water and food security.

The results in Israel were fascinating. Israelis also felt that resolution of the Israeli-Palestinian conflict was important, but was pessimistic it would be achieved in the near future. The opinion was divided on the question of annexation. But the UAE initiative and the warnings of King Abdullah moved opinion among those who favored applying Israeli sovereignty over parts of the West Bank from supporting to opposing – leaving only a hardcore 16% in favor of annexation. In fact, when asked what would be the most compelling reason to oppose annexation – alienating Arab countries ranked higher than losing support from the Europeans or even political leaders in the US.

As someone who, for the past five decades, has been a staunch advocate for justice for Palestinians and who has for the past two decades taken Arab public opinion seriously – I’ll admit that I was confounded by these findings. At the same time, I know they must be considered and understood. Any evaluation of the UAE-Israel agreement must keep this context of evolving Arab opinion in mind.

There should be recognition given to the fact that the UAE initiative did impact Israeli public opinion and policy. And while Arabs still care about the fate of the Palestinians, attention must be given to their frustration with the PA, their concern that strategies that have been tried up until now have failed, and their desire to try a new approach to peace-making.

There are good reasons for those who support Palestinians to be concerned that Israel may pocket this move toward normalization and then continue apace its land-grabbing oppressive rule. And, this UAE initiative should in no way bring an end to our opposition to Israel’s behaviors toward the captive Palestinian people – especially when there are significant shifts in US opinion in favor of Palestinian rights. It may very well be possible that the UAE will have some leverage they can use to not only stop annexation but to alter Israeli behaviors. This – securing justice for Palestinians – is what Arab opinion has told us they hope will happen.