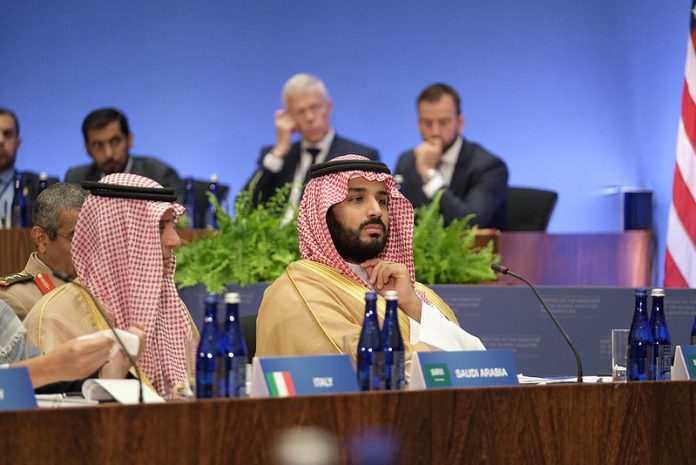 As we await President Trump’s “deal of the century,” there are hints aplenty as to what it may or may not contain. The New York Times has written an account of what it believed was an outline of the “deal.” It is reported Saudi Crown Prince Mohammad bin Salman has been briefed by the White House as to the general direction of the deal and he, in turn, briefed Palestinian President Mahmoud Abbas and Jordan’s King Abdullah on its contents. The Palestinian and Jordanian leaders, we have been told are deeply troubled by what they have heard. To date, all we have to go on are hints, speculation, and suggestions of disappointment and/or rejection.

While it may be premature to judge the Kushner-Greenblatt handiwork, it’s not too soon to offer some early warnings or cautionary notes to define the terms of what may be acceptable, what will unacceptable and to prepare for the long, and short-term reactions that will shape regional reactions.

Because the United States will officially open its Jerusalem Embassy on May 14th, the status of the Holy City must be considered. Whatever Trump meant when he said that by “taking Jerusalem off the table” he was creating a “bill due” that would allow him to exact future concessions from the Israelis, that’s not how the matter played out in Israel.

While Palestinians continue to insist that they will establish East Jerusalem as their capital, Israel is hell-bent on making that outcome impossible. Emboldened by the Trump announcement, the Netanyahu government has moved aggressively to consolidate their position in what they call “Greater Jerusalem.” New Jewish-only housing has been approved, some of it in the heart of the Arab neighborhoods of East Jerusalem and Knesset legislation is moving forward designed to reduce the number of Palestinians who live in the city.

Then there’s the issue of Palestinian refugees. It would be a delightful surprise to find Kushner and Greenblatt offering a thoughtful and generous solution to resolve this seven decades-old issue, but I’m not holding my breath. To date, refugees have not been mentioned. The issue is almost exclusively defined as a “demographic problem” for Israel (after all that’s why Palestinians were expelled, in the first place – to give the new state “more land and less Arabs”). In reality, the refugee issue is much more than that. It’s a matter of property rights, justice, and the universally recognized right of refugees to return to their homes.

For two generations, Palestinians have sustained themselves with this “right to return.” The “deal” would be dead on arrival if it attempts, with the stroke of a pen, to ignore this deeply held Palestinian aspiration. And while Israel claims that it cannot (or better, that it will not) absorb the refugees, one cannot dismiss the impact that closing off the “right to return” will have on the Palestinian refugees in exile and the challenges this will pose to the future stability of Jordan and Lebanon – not to mention, on the hundreds of thousands of Palestinian refugees who live in the West Bank and Gaza who also retain the dream of returning to their properties behind the Green Line. Israel might not give a damn about the consequences this will pose to the region, but the US will need to consider this factor.

The Trump Administration has been cagey with regards to its attitude toward a Palestinian State. For his part, the President has said he is open to one or two states – whatever outcome the parties accept. With 700,000 Israeli settlers strategically placed throughout the West Bank, connected by Jewish-only roads, it has become difficult to imagine how separation could occur to create a viable and contiguous Palestinian State.

While Palestinians insist on their right to an independent state, the Israelis, with the help of the US Congress, have been pursuing policies that make such a state impossible. The Netanyahu government is pushing for annexation of the territories and Congressional legislation now regularly treats “Israel and areas under Israeli control” as a single entity.

If Kushner-Greenblatt fail to tackle the problems posed by: the Wall (much of which is built in Palestinian territory); the settlements and roads; and Israel’s non-negotiable demands that they retain control of the Jordan Valley, all access and egress on the borders, and overall security in the territories – the only outcome possible would be a one-state solution – and an apartheid state, at that. An outcome of this sort will amount to an unacceptable continuation of the occupation. It will be flatly rejected.

Much is made of the fact that “the deal of the century” will involve broader buy-in by major Arab states, with Israel’s hope that it can realize the end goal of the Arab Peace Initiative (API) i.e. normalization, without paying the price outlined by the API. This is at best, a dangerous fantasy and pursuing it is “a fool’s errand.”

It’s true that the Arab World is confronted by major challenges from the threat of extremism to the danger posed by an aggressive Iran. It is also true that many have become weary of the dysfunctions and lack of vision that define the Palestinian leadership. But it would be a grave error to assume that this translates to a lack of support for the Palestinian cause.

Palestine remains the “wound in the Arab heart that never heals”. When Palestinians bleed, the “Arab Street” bleeds with them. Fear or hatred of Iran doesn’t translate to love for Israel, unless and until Palestinians realize their just rights. Pressing Arab leaders to ignore this deeply felt reality would only serve to hand both Iran and extremist movements an opportunity to exploit causing greater instability across the region.

There are a few other “early warnings” that must also be considered. Despite the hype and the expectations that have been created, there may be no “deal” at all. It may be a kabuki dance, meaning a lot of movement designed to create the illusion of progress in order to buy time while other objectives are being met. Then there’s the sword hanging over the heads of the principal participants in this exercise. At this point, we don’t know whether Trump or Netanyahu will survive the legal challenges they are facing. Finally, we must consider how the “Marches for the Palestinian Right to Return” will affect the situation in the occupied lands and the Palestinian leadership.

With so much at stake and with risks aplenty, caution is in order. If Kushner-Greenblatt don’t get it right, the “deal of the century” could turn into the “debacle of the century.”