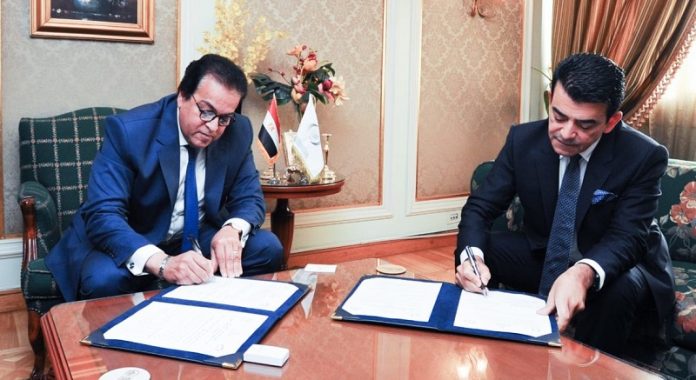 Rabat (UNA-OIC) – The Islamic World Educational, Scientific and Cultural Organization (ICESCO) and the Egyptian Ministry of Higher Education and Scientific Research signed an agreement to hold the 14th General Conference and 42nd Executive Council of ICESCO in Egypt, from 6 to 9 December 2021.

The agreement was signed by ICESCO Director-General Dr. Salim M. AlMalik and Egyptian Minister of Higher Education and Scientific Research Dr. Khaled Abdel Ghaffar, who is also the Chairman of the Egyptian National Commission for Education, Science and Culture.

Prior to the signing ceremony, held at the Ministry’s headquarters in Cairo, in the presence of Secretary-General of the Egyptian National Commission Dr. Ghada Abdelbary, AlMalik and Abdel Ghaffar explored the latest preparations and the main activities planned in parallel with the General Conference and the Executive Council of the Morocco-based ICESCO.

The two parties reaffirmed their commitment to ensuring the success of both events that Egypt will host for the first time, stressing that all means of comfort will be provided for the participants.

After the signing ceremony, the Egyptian Minister of Higher Education and Scientific Research presented ICESCO Director-General with the Ministry’s shield.