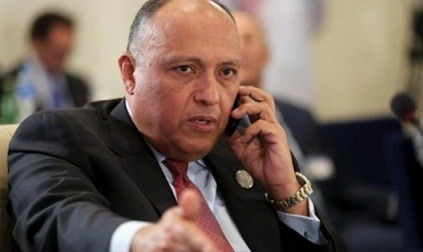 Cairo (UNA-OIC) – Egypt’s Foreign Minister Sameh Shoukry discussed Wednesday several issues with High Representative of the European Union for Foreign Affairs Josep Borrell, including relations between Egypt and the EU as well as the latest developments of the Grand Ethiopian Renaissance Dam (GERD) file and other regional updates.

In a statement posted on its Facebook page, the Egyptian Foreign Ministry of Foreign said Shoukry reviewed, during a phone call with Borrell, Egypt’s position seeking to reach a fair, balanced and legally binding agreement on filling and operating the GERD, through a serious and effective negotiation process that would enable the three countries (Egypt, Sudan and Ethiopia) to strike the aspired deal.

Also during the telephone conversation, the two parties exchanged viewpoints on regional files, with a special focus on the developments in Libya, and the Palestinian cause along with efforts aimed at pushing forward the peace process in the Middle East region.