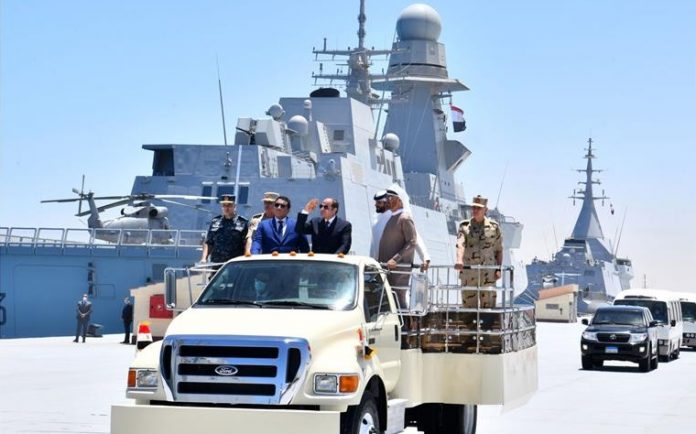 The opening ceremony was attended by Head of the Libyan Presidential Council Mohammed Al Manfi, as well as senior Egyptian officials including Prime Minister Moustafa Madbouly and Minister of Defense and Military Production Mohamed Zaki.

Earlier, Presidential Spokesman Bassam Rady said the July 3rd Naval Base is the newest Egyptian military base overlooking the Mediterranean. He pointed out that the base will secure the country’s northern and western strategic borders.

The new military base will also help protect Egypt’s economic interests, secure shipping lines and maintain maritime security, Rady said, adding that this new base comes within the framework of the comprehensive development plan for the Egyptian naval forces.

He said that such bases act as launching points that provide logistical support to the Egyptian forces in the Mediterranean and the Red Sea, helping them combat any challenges and threats that may arise in the region.