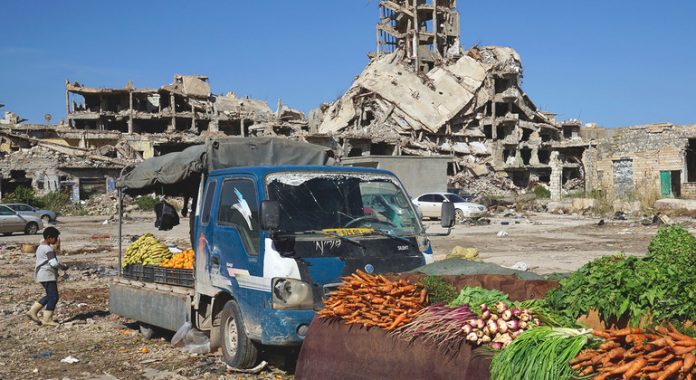 Ján Kubiš, Special Representative of the Secretary-General and Head of the UN Support Mission in Libya (UNSMIL) briefed ambassadors on developments ahead of presidential and parliamentary elections due to take place on 24 December.

They were agreed under a political roadmap stemming from the historic October 2020 ceasefire between Libya’s rival authorities, and the establishment of a Government of National Unity (GNU) earlier this year.

“Libya is at a crossroads where positive or negative outcomes are equally possible,” said Mr. Kubiš.  “With the elections there is an opportunity for Libya to move gradually and convincingly into a more stable, representative and civilian track.”

He reported that the House of Representatives has adopted a law on the presidential election, while legislation for the parliamentary election is being finalized and could be considered and approved within the coming weeks.

Although the High National Election Commission (HNEC) has received the presidential election law, another body, the High State Council, complained that it had been adopted without consultation.

The election commission has said it will be ready to start implementation once the laws are received, and will do everything possible to meet the 24 December deadline.

“Thus, it is for the HNEC to establish a clear electoral calendar to lead the country to the elections, with support of the international community, for the efforts of the GNU, all the respective authorities and institutions to deliver as free and fair, inclusive and credible elections as possible under the demanding and challenging conditions and contradictions,” said Mr. Kubiš.

“The international community could help create more conducive conditions for this by facilitating the start of a gradual withdrawal of foreign elements from Libya without delay.”

The UN envoy also called for countries and regional organizations to provide electoral observers to help ensure the integrity and credibility of the process, as well as acceptance of the results.

He also welcomed progress so far, including in updating the voter registry and the launch of a register for eligible voters outside the country.

So far, more than 2.8 million Libyans have registered to vote, 40 per cent of whom are women.  Additionally, more than half a million new voters will also be casting their ballots.

“Most of the newly registered are under 30, a clear testament to the young generation’s eagerness to take part in determining the fate of their country through a democratic process. The Libyan authorities and leaders must not let them down,” said Mr. Kubis.

He stressed that the international community also has a responsibility to support the positive developments in Libya, and to stand firm against attempts at derailment.

“Not holding the elections could gravely deteriorate the situation in the country, could lead to division and conflict,” he warned.  “I urge the Libyan actors to join forces and ensure inclusive, free, fair parliamentary and presidential elections, which are to be seen as the essential step in further stabilizing and uniting Libya.”