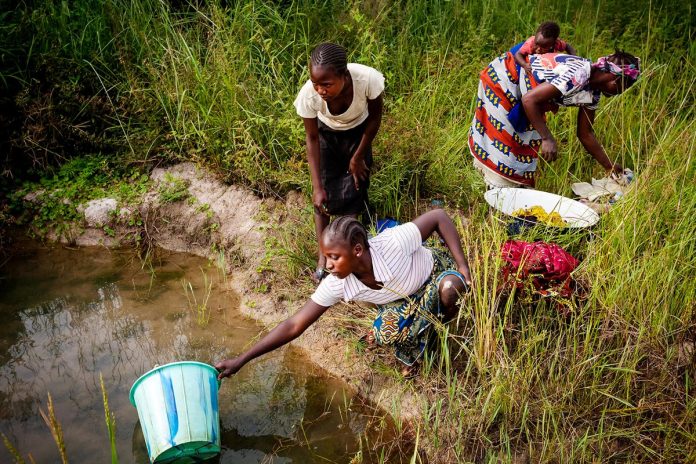 A report on onchocerciasis (also known as river blindness) shows continued global progress towards achieving interruption of transmission of the disease.

Data captured during 2019 show that more than 153 million people received treatment through large-scale medicine distribution in areas at risk for transmission. Furthermore, due to the successful completion of past rounds of treatments and surveillance, an estimated 1.8 million people no longer require any further preventive treatment against the disease.

But despite progress, one of the biggest challenges to achieve interruption of transmission is to find all the areas where the disease is occurring, particularly the hypo-endemic areas.

“We are currently working on strategies to also identify hypo-endemic areas because interruption of transmission will require that all people living in all areas in which onchocerciasis is being transmitted get treated” said Dr Dieudonné P. Sankara, Team Lead Elimination and Eradication unit, Department of Control of Neglected Tropical Diseases.

Black flies breed along fast-flowing rivers and streams, usually crossing remote and fertile lands in which people living in villages  rely on agriculture.

“Basically, countries have very few or no entomologists who are specialized in blackflies” said Dr Raman Velayudhan, Head of Veterinary Public Health, Vector Control and Environment.  “Building capacity and training new entomologists in this area as we push for global interruption of transmission will be crucial – both for mapping, monitoring progress and to determine when to stop mass treatment campaigns so that  post treatment surveillance can begin”.

Globally, an estimated 218 million people still live in areas at risk for transmission of onchocerciasis. Out of this, more than 99% of people (at risk or affected by the disease) live in 31 countries1 of sub-Saharan Africa. Onchocerciasis is also transmitted in Brazil, Venezuela (Bolivarian Republic of) and Yemen.

High treatment coverage, better programme guidance and tools and systems to ensure that decisions are based on high-quality evidence have been driving global progress, although in 2020 the SARS-COV-2 pandemic has somewhat disrupted the implementation of interventions.

Despite the odds, the support for interrupting global transmission remains strong and WHO continues to engage stakeholders in meetings and online consultations to review the targets and challenges of the global onchocerciasis elimination programme. The outcome of these consultations have been incorporated into the targets and milestones of the new WHO NTD road map for 2021-2030.

Continued political support will be required to sustain interventions. The “Stamp Out Oncho” campaign, launched in 2019 is expected to further increase commitment.

First Person: ‘I’m not old enough to be a woman’ says trafficked teen