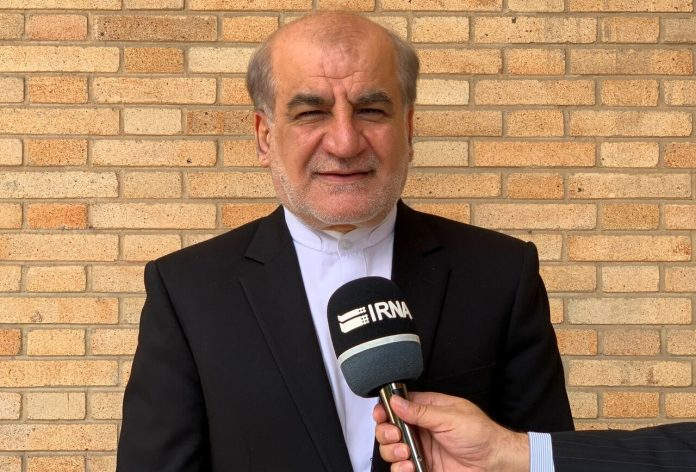 In an exclusive interview with IRNA, Keshavarzzadeh said that Countries like the US which impose cruel sanctions against Iran, have even frozen Iran’s assets in other countries, like Japan and South Korea, and do not let the country take advantage of these assets for supplying food and drug.

He noted that claims like ceding some islands to China or deploying Chinese military forces in Iran in the framework of Iran-China cooperation are “ridiculous and somehow negative propaganda”.

Americans tried a lot to isolate Iran and claimed that they will make Iran go to negotiating table and accept US conditions, he said.

So a country whose program is to destroy Iran’s economy in six months will obviously be against Iran-China comprehensive cooperation plan.

Iran-China comprehensive cooperation plan is in fact a roadmap for Tehran and Beijing; he said, adding that it is a kind of MoU for developing mutual cooperation.

He noted that the plan is the result of joint and expert efforts which has been confirmed by senior official of the two countries.

Elsewhere in his remarks, Iranian envoy said Iran-China relations have always been based on mutual respect and interests.

Elaborating on the history of formation Iran-China comprehensive cooperation plan, Keshavarzzadeh said during Chinese president’s 2016 trip to Iran, relations between Iran and China was enhanced to a strategic participation level.

The issue was reiterated during the visit of former Iranian Parliament Speaker Ali Larijani to China and his meeting with Chinese President Xi Jinping.

It was finally submitted to Chinese side during Iranian foreign minister’s visit to China.

China has the largest foreign exchange reserves in the world and a developing economy which has 15% of the world economy, so all major countries are interested in promoting their ties with China, he said.

China is now the first partner for various countries like the UAE and Saudi Arabia, he said, adding that grounds have been prepared for Iran to take advantage of these facilities.