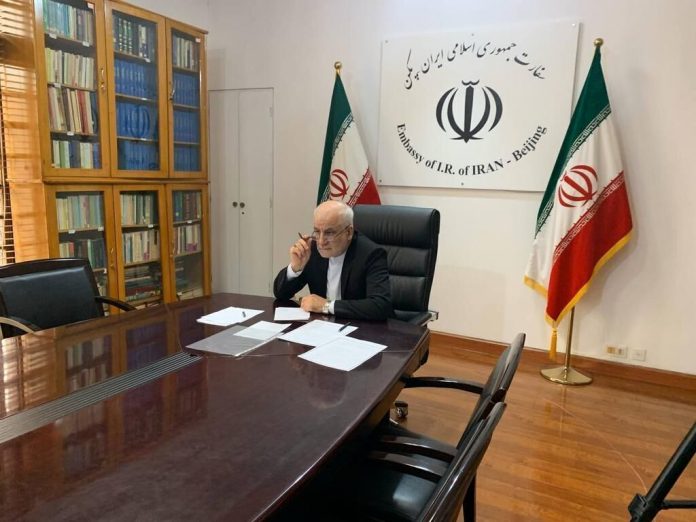 Iran-China comprehensive cooperation document is not against any other countries and it is only based on mutual interests between Iran and China, Keshavarz-zadeh wrote on his Twitter account.

He added that the signing of the Iran-China comprehensive cooperation document identifies the cooperation capacities of the two countries, particularly in the fields of technology, industry, transportation, and energy.

This document draws a clear horizon for the operationalization of the comprehensive strategic partnership of Iran and China and it is not against a third country, he noted.

The cooperation document had for the first time been discussed in 2015, when Chinese President Xi Jinping visited Iran, to lead bilateral ties to a comprehensive and strategic level.

Wang, who arrived in Iran on Friday at the invitation of Iranian Foreign Minister Mohammad Javad Zarif, met Zarif on Saturday morning.

Wang and Zarif have constant consultations on bilateral and international issues and explored long-term cooperation and implementation of comprehensive strategic partnership in the meeting.

Iran’s Foreign Ministry also inaugurated today an exhibition of historical documents on Iran-China cooperation in the wake of the 50th anniversary of establishing diplomatic ties.

The spokesman of Iran’s Ministry of Foreign Affair said on Friday evening that the relations between Iran and China are multi-layered, deep, and have different dimensions, which necessitates them to be included in a document. Therefore, the document has been exchanged between the two states several times and it would eventually be signed on Saturday by foreign ministers.