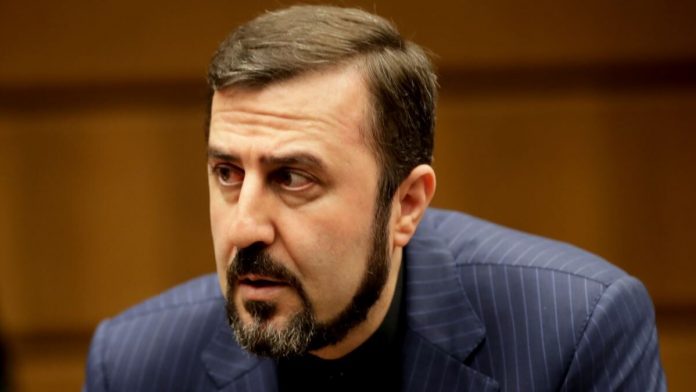 Addressing the 54th Session of the Preparatory Commission for the Comprehensive Nuclear-Test-Ban Treaty Organization (CTBTO) in the Austrian capital on Thursday, he reaffirmed long-standing and principled position of the Islamic Republic of Iran on the need to completely eliminate nuclear weapons, saying that unfortunately, after a lapse of over two decades since the ratification of the treaty, achieving its main goal to end development of nuclear weapons has become more unattainable.

He deplored that the international community has recently witnessed a destructive approach to nuclear disarmament and nonproliferation treaties by some nuclear states, adding that the modernization and testing of nuclear weapons threaten NPT as a cornerstone of nuclear disarmament and non-proliferation regime as well as the international peace and security.

He further noted that a recent test of a French missile, which is capable of carrying multiple nuclear warheads, as well as nuclear test explosions proposed by the US, are in grave violation of international nuclear nonproliferation treaties.

The unilateral and illegal withdrawal from many international agreements, including the Open Skies Treaty, the Nuclear Non-Proliferation Treaty, and the Intermediate-Range Nuclear Forces Treaty and JCPOA has become a policy for the US that is not only against multilateralism but also undermines international peace and security, he said.

He also expressed concern over US Senate approval of a $10 million budget for such a nuclear test, urging the US and France to honor their commitments in line with protecting the objectives of disarmament treaties.

On June 21, Iran’s Foreign Ministry spokesman expressed concern about France’s recent testing of a ballistic missile capable of carrying several nuclear warheads, saying it runs counter to French commitment to the Treaty on the Non-Proliferation of Nuclear Weapons.

The French Navy’s launch of a new generation of intercontinental ballistic missiles capable of carrying several nuclear warheads (dubbed M51 missile) was totally in contravention of the spirit and the text of Article VI of the Treaty on the Non-Proliferation of Nuclear Weapons (NPT) and of France’s commitment to nuclear disarmament, Seyed Abbas Mousavi said in a statement.

He finally slammed nuclear weapons as a threat to international peace and security, noting that renovation and testing of such weapons would undermine the NPT as the cornerstone of the international nuclear disarmament and non-proliferation regime.

The French Ministry of Armed Forces announced on June 12 the launch of an M51 SLBM from Le Téméraire, a Triomphant-class nuclear-powered ballistic missile submarine.