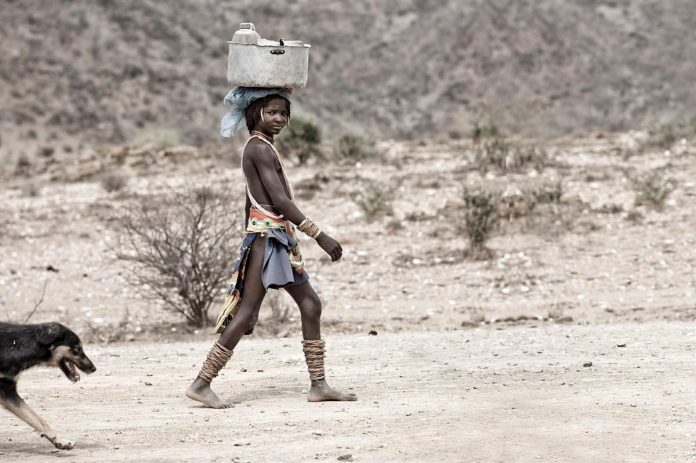 Twenty human cases of dracunculiasis (Guinea-worm disease) have been reported to WHO from January to the end of July this year, compared with 33 human cases for the corresponding period in 2019. This represents a decline of 39%.

The number of animals infected with Dracunculus medinensis, which had seen an upward trend over the past few years, has also declined. At the end of July, a total of 1148 dogs, 45 cats and 3 baboons were found to be infected. This represents a reduction of 25% from the same period last year.

At the same time, Angola has been termed endemic, after having reported laboratory‐confirmed indigenous cases for 3 consecutive years. So far this year, six countries have reported human cases: Angola (1), Cameroon (1), Chad (9), Ethiopia (7), Mali (1) and South Sudan (1).

WHO and The Carter Center are working with the national Guinea Worm Eradication Programme (GWEP) to strengthen surveillance in the province.

Chad has made remarkable progress in reducing the number of animal infections to 1143, reported during the period January to July 2020, from the 1563 infected dogs reported during the same period in 2019. The GWEP is continuing its surveillance and eradication activities despite COVID-19.

With support from The Carter Center, the GWEP is stepping up measures to contain transmission through large‐scale proactive tethering of dogs in endemic communities. Chad has reported 9 human cases from January to the end of July 2020 compared with 38 during the same period in 2019.

The GWEP has continued to monitor the situation in Gog District of Gambella region following an outbreak in the village of Duli in April 2020.

A total of 7 confirmed human cases resulted from exposure to a shared source of contaminated drinking‐water near Duli village. Transmission from all the cases was reported to be contained.

From January to July 2020, Ethiopia reported D. medinensis infection in 3 baboons and 2 dogs, in addition to 1 suspected human case and infection in 1 dog and 7 domestic cats.

The cat infections (and the suspected human case) were all detected at Pugnido Refugee Camp Agnuak in Gog district in July–August 2020.

Mali, after 4 consecutive years of zero cases, reported its first human case in 2020. The case, detected in Macina district, was probably infected during a visit in June– September 2019 in Mopti region. Mali last reported an indigenous human case in November 2015. Despite the political instability and insecurity in many parts of the country, the GWEP is taking the necessary steps to increase surveillance and contain transmission.

One human case was confirmed in South Sudan in July. The case has been contained and an investigation has shown no potential for further transmission. Despite the political instability and insecurity, the GWEP is taking the required steps to strengthen surveillance and contain transmission.