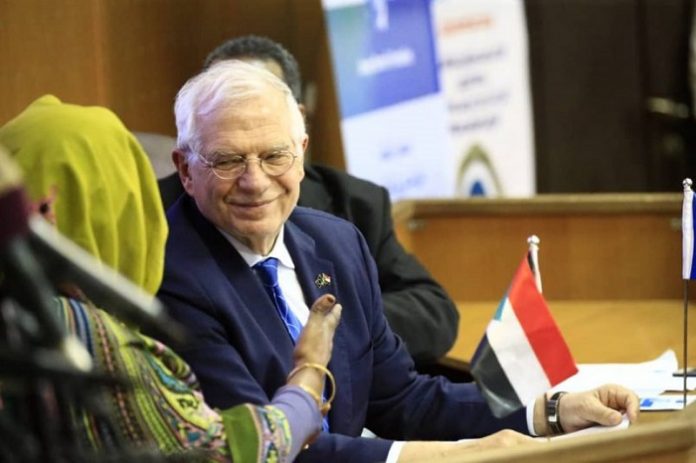 Khartoum (UNA-OIC) – The European Union will continue to support and stand by Sudan for the sake of political and financial democratic transformation, High Representative of the Union for Foreign Affairs and Security Policy Josep Borrell has affirmed.

The top EU official wrote Wednesday on his Twitter account that he participated in the Paris Conference on Sudan, hosted by France’s President Emmanuel Macron, saying that Sudan’s historical transition remains an important source of inspiration for the future of the region.

“The EU will continue supporting the democratic transition in Sudan politically and financially,” Borrell asserted.