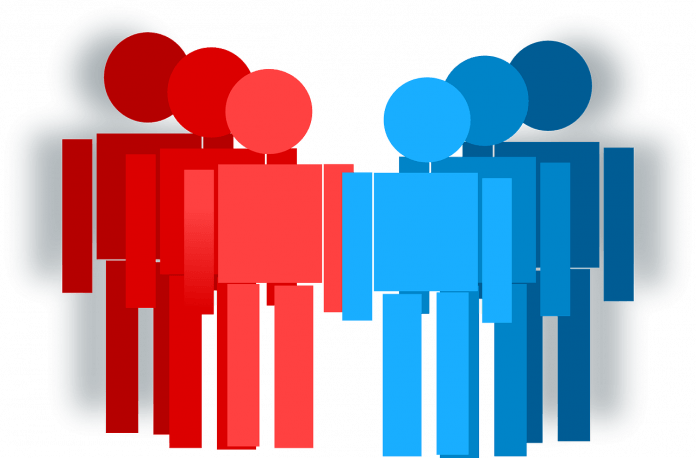 Chief Justice (CJ) of our country, Pakistan, honorable Mian Saqib Nisar has raised this question “Is the country capable of supporting seven children per family. The rate at which the population is growing in the country is [no less than] a bomb.”

In a later symposium, unfortunately, our Prime Minister Imran Khan has also joined the chorus with the Chief Justice. He wants to teach children about the merits of family planning and birth control.

If the problem of population explosion has been overcome in any country, it was never due to family planning or birth control or contraceptives. Success came to them through their positive efforts to develop the country, not through the negative measures of population curtailment.

Let us have a look about the case study of England, where this call for population curtailment was raised for the first time in human history in early 19th century. All Western European countries have also passed through the same experience which England had gone through.

In the early 19th-century, such fears were rampant not only in England but in all Western European countries as they are today in our country. They were all afraid of poverty due to an uncontrollable population explosion.

Thomas Robert Malthus wrote his essay on “Principle of Population” in 1798 and modified some of his conclusions in the next edition in 1803. The rapidly increasing population of England encouraged by a misguided Poor Law distressed him very deeply.

He feared that England was heading for a disaster, as our Chief Justice and Prime Minister are also fearing the same for Pakistan, and Malthus considered it his solemn duty to warn his country-men of impending disaster.

In an article on the website, the author, Tushar Seth, has alleviated these fears of the possible negative effects of population explosion after briefly explaining the Malthus theory.

But the Malthusian theory of population has been a subject of keen contro¬versy. The following is the main ground on which it has been criticized:

(i) It is pointed out that Malthus’s pessimistic conclusions have not been borne out by the history of not only England but of all Western European countries as well. Gloomy forecast made by Malthus about the economic conditions of future generations of mankind has been falsified in the Western world. The population has not increased as rapidly as predicted by Malthus; on the other hand, production has increased tremendous¬ly because of the rapid advances in technology. As a result, living standards of the people have risen instead of falling as was predicted by Malthus.

It was the period just before the advent of the Industrial Revolution in England, which had slowly started since 1780 but culminated during the period 1820 to 1840, say, about 40 years later than Malthus theory.

Some unforeseen later developments that started 40 years after the Malthus theory dispelled the fears of poverty due to the population explosion. These fears were not mitigated by reducing population through family planning or birth control or by the use of contraceptives. All these negative measures were adopted fervently and zealously, but the contribution of these measures was infinitesimal and negligible in alleviating poverty in Western European countries since the 19th century.

Major factors responsible to defuse this population bomb since the early 19th century were some unforeseen developments beyond human calculations or expectations.

This unforeseen big upheaval in the history of mankind that exploded all fears of population explosion 40 years after Malthus gloomy prophesies has been summarized in the following words:

“The Industrial Revolution began in Great Britain, and many of the technological innovations were of British origin.[2][3] By the mid-18th century Britain was the world’s leading commercial nation,[4]controlling a global trading empire with colonies in North America and the Caribbean, and with some political influence on the Indian subcontinent, through the activities of the East India Company.[5] The development of trade and the rise of business were major causes of the Industrial Revolution.[1]:15”

“The Industrial Revolution marks a major turning point in history; almost every aspect of daily life was influenced in some way. In particular, average income and population began to exhibit unprecedented sustained growth. Some economists say that the major impact of the Industrial Revolution was that the standard of living for the general population began to increase consistently for the first time in history,” — Wikipedia

These factors can be categorized as some sort of Divine Blessing rewarding positive human efforts in the right direction. Divine help enabled these countries to overcome their problem of poverty due to the population explosion. It was the role of God that brought about a great miraculous upheaval in the history of mankind that started the modern era through Industrial Revolution. Malthus could not foresee such an unexpected possibility.

Europeans are not Muslims. But how Allah has solved the population explosion of even Christian England and of all Christian European countries should be an eye-opener for Muslims. This history of Western European economic development should be a matter to strengthen our faith in the Quranic verdict:

“There is no moving creature on the earth whose sustenance does not depend on Allah.” — (Surah Hud-6)

His responsibility is not confined to Muslims alone. He is guaranteeing sustenance to all living beings including all Non-Muslims as well. As this verse is valid for all living beings, Christians of Western Europe were also rewarded by God, Who helped them to succeed in their positive efforts for an Industrial Revolution.

However, there is a different example of a country which has become one of the richest countries in the world without any Industrial Revolution. They had no new knowledge nor any technology. They were simple desert Bedouins. Its leaders did not resort to reduce population through birth control and family planning. Their methodology to eradicate poverty was different.

As Muslims, they believed in the exhortations of the Quran and Hadith. Their ruler enforced Shariah in his country and prayed to Allah to make his country and population wealthy and prosperous, as Allah has promised in the holy Quran that if you enforce Shariah, He will pour out treasures of wealth and prosperity from below the earth and from over the heavens. He believed in it and got results as promised in the Holy Quran to fulfill his dream of eradication of poverty. His country and people became prosperous by following the tenets of the Holy Quran.

In Saudi Arabia, there is no concept of limiting the number of children. They never practice Birth Control. Neither they do any Family Planning, nor they ever use contraceptives. Neither the masses nor the government has ever raised fears of population explosion. Rather due to the shortage of native population, they have granted immigrant visas to thousands of workers from Pakistan, Egypt, India, Nepal, Philippine and other countries.

They were also facing extreme poverty before the discovery of the Black Gold, Petroleum. During the days of poverty also they never thought of population control. Why? They had faith in the above Quranic verdict. Like Christian Europe of the 19th century, they were also miraculously rescued by God.

King Abdul Aziz, the founder of Saudi dynasty, simply enforced Shariah in his country. He wept and wept for his country’s welfare. While weeping, he prayed to Allah with Ghilaf-e-Kaaba in his hands that he has fulfilled his duty as a Muslim to enforce Shariah in the Muslim State under his control. He has done his duty. He then beseeched Allah to have His blessings to alleviate poverty from his Kingdom. Allah alleviated poverty without any Industrial Revolution or technology. Allah rescued his country in the form of the discovery of Black Gold pouring out from beneath the sand dunes in this Kingdom of Desert in the form of Petroleum. President Roosevelt came from America to see him halfway to meet this Bedouin King. They both met on a ship in the middle of a high sea. President Roosevelt assured him to explore Petroleum in his country with American technology and expertise.

This is how Allah miraculously helps those who have faith in his teachings and act on them. Alas, despite getting Pakistan as a gift of God in the name of Islam against all forceful Hindu and British opposition, we have thrown away Shariah implementation in cold storage and are struggling in darkness haphazardly and are gloomily moving towards negative measures against the tenets of Quran and Sunnah and even against the lessons of history of developed countries of today..

The story of Saudi wealth and prosperity and its eradication of poverty proves the truth of the earlier-quoted Quranic verse and also of another one which is specifically against birth control and family planning:

“Do not kill your offspring for fear of want: for it is We Who provide them and you as well. Indeed their killing is a heinous crime.” — (Surah Bani Israel-31).

Imran Khan has forgotten that he was boasting in his 100-day speech that we have big development potential as many foreign investors had approached him. He said that they are attracted to invest in Pakistan, thanks to the percentage of youth in our country. It is highest in the world, he said, as the ratio of youth in our population is 60%. Does he want to reduce that percentage from now onwards by birth control and family planning out of fear of poverty?

In several Ahadith, our Prophet (PBUH) has said that it will be his Pride on the day of Qiyamah that he has the largest number of his followers and therefore he prohibited Muslims from marrying such women who cannot or do not bear children. It is a clear Hadith which says in unequivocal terms that we should have such a family planning that it results in increasing our children, not to decrease them. Our family planning should be in the opposite direction of what our CJ ad PM are pleading for.

Our most beloved and great Prophet (PBUH) has always encouraged to have more and more children and regarded them as a Blessing from Allah, not a burden to increase poverty. See a Hadith below. He has not said to reduce them. He has prayed to increase children and have His Blessings for them, not to decrease them by birth control and family planning.

“Narrated By Anas: My mother said, “O Allah’s Apostle! Please invoke Allah on behalf of your servant.” He said, “O Allah! Increase his wealth and children, and bestow Your Blessing on whatever You give him.” a time of distress.” — (Al-Bukhari- Hadith No. 6346)

Thank God, the majority of our countrymen in Pakistan are Muslims and have faith in the admonitions in the holy Quran and Hadith. The sermons of CJ and PM against the clear injunctions of the Quran and Hadith will not be heeded by our population, as in all Muslim countries such efforts have totally failed.